Stripping the Lies Off Veteran’s Day 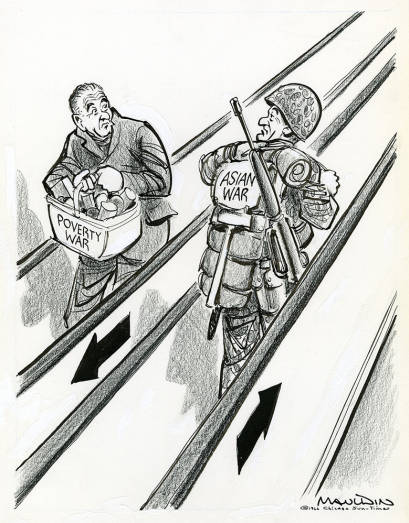 You can honor and miss your father, grandfather, uncle or son any day of the year.
They were not great for what they did *before* they met you, but for what they did after.
They put food on the table, worked hard at often thankless jobs, and did all they could to keep the wolf at bay.
This is why they are deserving of hero status.
Full applause.
I say this to soften a hard truth:  American soldiers have not fought for American freedom since 1812.
Instead, our soldiers have fought, been wounded, and died, for the liberty of *other* people in far-off lands.
Today’s soldiers are not fighting for America’s right to assemble, right to vote, or right to family planning.  They are not fighting for women’s rights or civil rights here at home.  In these important battles, they are AWOL.
And yet America’s liberty *is* threatened today by home-grown fascists, election-deniers, racists, insurrectionists, and voter suppressors, just as it has been in the past.
You want to show your patriotism and love of country?
Great!
Start by turning off Fox News.
Start by voting in every election, demanding civil rights for every American, and thanking those who fix our cars, pave our roads, vaccinate our grandparents, teach our children, and deliver the goods on a daily basis.
Let us thank the right people this veteran’s day — the veterans of the war on poverty, the war on hate, and the war on ignorance.  Let’s pour one out for both sides in the war on drugs
You want to make America great again?
Start there.
On Veteran’s Day, it’s fashionable to thank veterans for their service.
But whom did these veterans serve?
No American child was saved by cutting funding to US schools in order to drop more bombs in Afghanistan, Iraq, Vietnam, or Korea.
And isn’t it bizarre that the folks who want to cut assistance to America’s poor, and who demonize government workers trying to help us all, cannot stop lionizing government-paid volunteers in service to foreign interests who are now demanding an unending litany of lifetime benefits?
Thank them for their service?
What was that service?
Are the Marines cleaning up our beaches, fighting forest fires, and working with local communities to curb gang violence?
Is the Army vaccinating our children, cleaning up our blighted neighborhoods, and repairing pot-holed roads?
Is the Navy rebuilding hurricane-damaged docks, helping replace poisonous water pipes, or fixing school infrastructure?
Is the Air Force working to get out the vote, improve public transportation, expand social services to the homeless, or provide meals to shut-ins?
No, nope, and not at all.
This Veteran’s Day, let us remember the words of Supreme Allied Commander, Five-star General, and former US President Dwight D. Eisenhower:

Every gun that is made, every warship launched, every rocket fired signifies, in the final sense, a theft from those who hunger and are not fed, those who are cold and are not clothed….
The cost of one modern heavy bomber is this: a modern brick school in more than 30 cities. It is two electric power plants, each serving a town of 60,000 population. It is two fine, fully equipped hospitals. It is some fifty miles of concrete pavement. We pay for a single fighter with a half-million bushels of wheat. We pay for a single destroyer with new homes that could have housed more than 8,000 people.

Indeed.
You want to *really* thank someone for their service?  Thank a nurse.  Thank a school teacher.  Pay your taxes, and leave a bigger tip next time you dine out.  Support politicians who actually want to do what Eisenhower urged — feed and clothe the poor, provide health care to the afflicted, and good roads and more electrical power for us all.
Water the people that are *building* this country, not the folks hell-bent on destroying it by denying elections, suppressing votes, and cutting programs like Social Security and Medicare.
And for God’s sake, turn off Fox News.