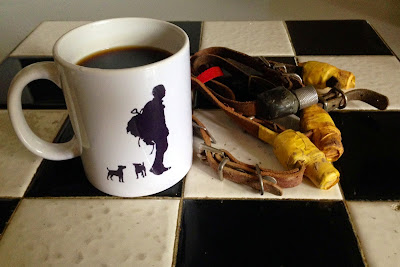 America in Decline?
US life expectancy has been in decline for the last two years, and is now down to 76.1 years — the lowest life expectancy since 1996. This decline in life expectancy is the biggest two-year decline — 2.7 years in total — in almost 100 years.
The Life of a Drop of Water
A drop of water spends an average of nine days in the atmosphere before falling back to Earth. If it should fall in the ocean it may take it over 3000 years before evaporating again.
The Battle Against Large Predators
Researchers in Botswana painted large eyes on the backsides of cows in an experiment to reduce lion and leopard predation.  After several years, they showed zero attacks on painted eye-butt cows as compared to unpainted cows (15 attacks).

Vietnam as Coffee Grower
Vietnam is the second largest coffee exporter in the world. It mostly grows robusta beans used for decaffeinated coffee, instant coffee, espresso, and as a filler in ground blends.
American Cannon Fodder
'Project 100,000' was a Vietnam-era program to recruit 100,000 men a year to fight America's war in Vietnam. Many of the recruits were illiterate, had IQs of less than 70, or suffered from other mental or physical impairments, and thousands died in combat.
Big Oil to Fall to Big Grid
California is going to ban the sale of new gasoline cars beginning in 2035, a move that will speed a national transition to electric vehicles as other states follow California’s standards.
Beyond Sex
Two research teams have grown synthetic mouse embryos using nothing but stem cells.  The embryos have lived long enough to see some develop hearts.
Australia's Rabbit Plague Has Been Traced
Australia's plague of rabbits has been traced back to a single source: five female rabbits shipped to Australia in 1859.