My Mother Died This Morning 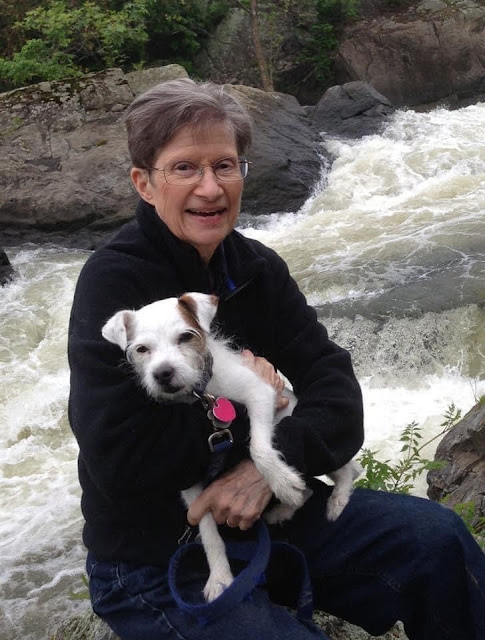 Sandra Dunlop Burns was born in El Dorado, Kansas on July 14,1933 to Ed and Esther Dunlop and raised in Augusta, Kansas (population 5,000), where her father worked at the local refinery.
As a young girl she read the romantic travel-adventure books of Richard Haliburton and dreamed of a lifetime of travel.
A graduate of the University of Kansas, she met David M. Burns of Pineville, Kentucky (population 1,700, born December 1, 1928) and they married June 5, 1955 in Augusta, before leaving the next day for Paris, Rome, and on to Damascus, Syria where Dave was assigned by the United States Information Agency (USIA).
While in Syria, Sandy and Dave visited Palmyra and Baalbek before traveling to their next assignment in Beirut, where her son, David was born (1956), and then on to Isfahan, Iran via an overland route that took them to Petra (via donkey!) and then through Saudi Arabia and Baghdad. 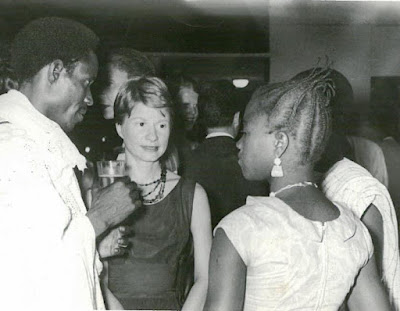 Their next assignments was Harare, Zimbabwe (then Salisbury, Rhodesia) where son Patrick was born (1959), and then on to Bamako, Mali (1960) for two years (with trips to Timbuktoo and Abidjan), before being posted to Tunis, Tunisia (1962) where they lived next to the ruins of Carthage.
Upon returning to the United States, Sandra began her teaching career at Brent Elementary school on Capitol Hill in Washington, D.C.
This was the beginning of 36 years of teaching many hundreds of first and second grade students in several countries — a job she truly loved and excelled at.
While in DC, Sandra and Dave renovated a townhouse on Capitol Hill and began sailing a small Snipe day sailer.
After four years in DC, their next assignment was to Tangier, Morocco (1967), via the SS United States, the largest passenger ship ever built.
After landing in England, they bought a 1937 Bentley before driving to Morocco via France and Spain, where Dave studied Arabic at the American Legation language school, and Sandy taught school at the American School of Tangier.
After two years in Tangier (where they won a two-day sailboat race to Tarifa, Spain) and side trips through Morocco and Europe, their next assignment was to Algiers, Algeria.  They got there in the 1937 Bentley, driving north through Spain, France, and Germany, before powering up the Swiss Alps, and then turning south through Italy, before returning to North Africa via Tunisia.

In Algiers, Sandy taught 2nd grade at the American School of Algiers and she and family traveled again through Europe, as far north as Sweden and Norway.
On home leave back in the United States in 1970, the family loaded into a station wagon and travel-camped west, seeing the Smokies, Colorado, Wyoming, Montana, and parts of Canada.
Back in Algeria, they visited all parts of that vast country, as well as foraying into Libya.
Sandy and Dave came back to the US in 1972, bought a house in North Arlington, Virginia, and Sandy began teaching at Capitol Hill Day School where she taught for the next 28 years.  She counted her students and friends at Capitol Hill Day School as among the best in her life.
In 1978, Sandy and Dave designed and built a house on Dupont Circle that included three apartments and a carriage house with parking at the rear.
More travel followed:  to Peru, Mexico, Rome, Venice, Egypt, Belize, Russia, Guatemala, Alaska, Turkey, China, Japan, Bali, Jerusalem, Laos, Singapore, India, Thailand, Peshawar, Karakoram, Krakow, the Grand Canyon, Hawaii, and down the Amazon.
Sandra continued to live in the house on Dupont Circle after Dave died in 2013, with the assistance of her sons David (who lived in the house for 5 years), and Patrick, and later with a live-in health care provider, Maureen Sheehan.
Sandra Burns died at home, as she wished.  She was just 10 days shy of her 89th birthday.
Sandra said of the house she designed, built, and loved:  “We consider it in the best neighborhood, in the best city, in the best country in the world.”
Sandra Burns leaves behind her two sons, David A.D. Burns and Patrick C Burns, as well as five grandchildren (Sarah, Connor, Austin, Meghan, and Kade) as well as two great grandchildren (Leila and Nora). 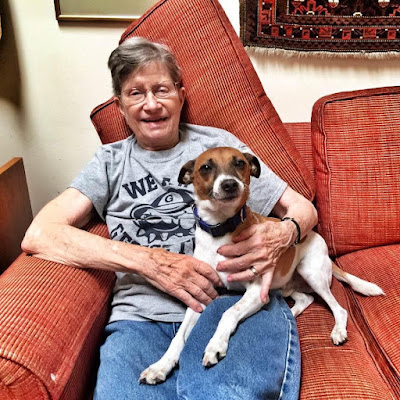 So sorry for your loss. Our condolences. She had a great life...

What a wonderful adventure, her journey of life, and I am sure she passed that on to the children whose lives she touched, as well as family and friends. Home, she surely knew the true meaning of it.

Very sorry for your loss. What a full life!

I'm sorry for your loss. Please accept my condolences.

I'm sorry to hear that your mother has passed. What adventurous parents you've known. Now, the hard part; being an orphan.

How fitting that your previous post concerns "a life worth living". Your mom certainly exemplified that. My condolences to you and your family, though I know you must be sad and proud in equal measure.

Sorry to hear that. Mine leaving us, a few years back, was a sad time.

This is a lovely obit. My condolences to all of the Burns clan.