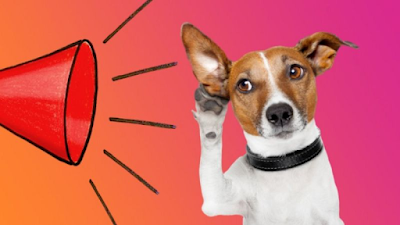 Things can be true AND can also be a lie.  For example, you are mostly banana and mostly a non-human life form.
This is true because you share about 60 percent of your DNA with a banana and because your body has more microbe cells in it than purely human ones.
But does that make you a banana or a fruit fly?  It does not.
And so we come down to the latest bit of nonsense spun by press-release science:  that breed and behavior have only a tenuous relationship to each other.
It is nonsense.
Let's start with the study and what it says:

Researchers from the United States reported that only 9% of behavioral variations are linked with the canine breed; this is based on a data sample of 18,385 pet dogs where almost 50% were purebred, as per the paper published in the journal Science on Friday, April 29.

Right. And what was the denominator again?

Nine percent of what?

You would think the study would list that clearly, but you would be wrong.

What it basically says is what Cesar Millan and other dog rehabbers and trainers have been saying for years:  It's animal first, dog second, breed third, and then individual:

When we relate to our dogs, especially when trying to correct an unwanted behavior or issue, it’s important to think of them first as Animal, then as Species (dog), then as Breed (Shepherd, Beagle, Husky), and last and least important as Name. To have a happy, balanced dog is to respect these qualities about them.

So, to put a point on it, this study is knocking down a straw man.

Has anyone, ever, said that all dogs within a breed are the same? Not that I can find or know of.

By the same token, if you think the general personality and code of a Jack Russell is the same as a greyhound or a beagle, you simply have not spent too much time around any of these breeds.

Here it is: The same Science magazine that today says "Your dog’s breed doesn’t determine its personality" ALSO said  "Dog breeds really do have distinct personalities — and they're rooted in DNA".

Press release science really is a hell of a thing. 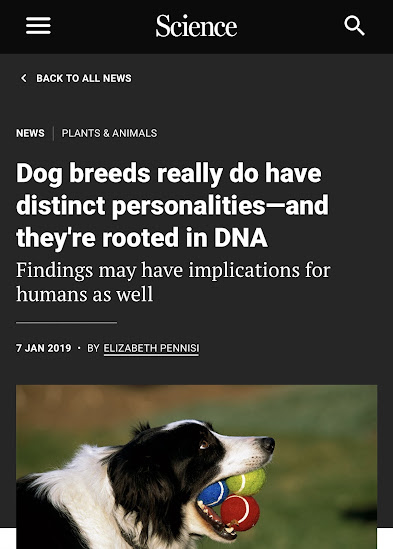 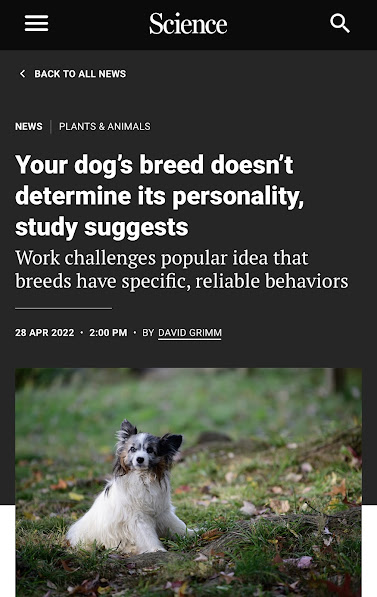 The "study" asserts in the last paragraph, don't choose a dog because of its breed, choose what you want to do with the dog. No shit Sherlock. If you want to course hares, get a greyhound, herd sheep get a border collie, hunt game birds get a pointer. Isn't that the point of having breeds?

I agree if those breeds have actually been bred for those purposes. And conformarion breeds have not for many generations (even though they lie about it to their prospective customers).
So if most if not all individuals that were taking part in this study were such dogs, than that might explain the conclusion. The defining traits of the different working breeds being watered down/disappeared...