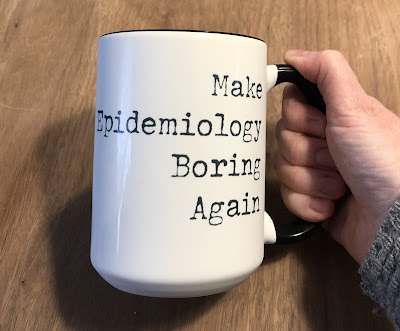 Badger Archeologist
A trove of 200 Roman-era coins was discovered in northwestern Spain thanks to a hungry badger hunting for food inside a cave.
Greenland Protects Itself
Greenland has permanently banned all oil and gas exploration. Greenland previously banned the import of all dogs into western Greenland north of the Arctic Circle and entire eastern Greenland in order to preserve the genetic base of Greenland sled dogs.
Autoimmune Disorders May Be Diet Related
The global spread of autoimmune disease may be due to the rise of western diets.
Water Companies Pollute Britain
Untreated sewage released by water companies is responsible for 35% of the water pollution in the UK.
A Fire Burning for 6,000 Years
An underground fire has been burning for at least 6,000 years at Burning Mountain, New South Wales, Australia. The fire is underground in a coal seam, and it's moving along the seam at a fairly steady rate, which gives away its age.
Vaccination Motivation
Vaccination rates in Quebec soared after the province required a covid-prevention shot to buy alcohol or marijuana.
Conifer Plantations Are Harming Red Squirrels in the UK
It was thoughts that planting conifer plantations would help red squirrels, but that's not what's happened. Red squirrels are better at exploiting food in a wild forest, but in a pure conifer forest without other prey species, Pine Martins eat only red squirrels, driving down their numbers. UK populations are currently estimated at approximately 140,000 red squirrels and 2.5 million grey squirrels.
A Path Called Desire
From Wikipedia: "A desire path (often referred to as a desire line in transportation planning, and also known as a game trail, social trail, fishermen trail, herd path, cow path, elephant path, goat track, pig trail, use trail, and bootleg trail) is a path created as a consequence of erosion caused by human or animal foot traffic. The path usually represents the shortest or most easily navigated route between an origin and destination. The width and severity of erosion are often indicators of the traffic level that a path receives. Desire paths emerge as shortcuts where constructed paths take a circuitous route, have gaps, or are non-existent."
Multiple Sclerosis is Caused by a Virus
The Epstein-Barr virus triggers Multiple Sclerosis (EB increases chance of MS by 32-X. am almost 100 percent correlation). There are many vaccines under development against the Epstein Barr virus, so goof news may be on the near-horizon.
What's the Rush?
Scotland is considering pardons for thousands of accused ‘witches’ who were tortured and killed from the 16th through 18th centuries.

The pardons are important to those of us who are their descendants. Researching individual cases proves quite interesting. Look at the people who acquired the land after a 'witch' was executed, they are often a part of a group of accusers, or the principal instigator of the charge. Follow the money...remains true to this day.