The Planet Does Not Need Kids, But Bankers Do 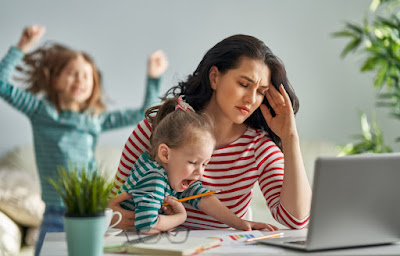 Over on Medium, Jessica Wildfire has written a terrific piece about the yawing chasm between rhetoric and policy when it comes to children:

Elon Musk spouts off about how nobody’s having kids anymore, and how it’s going to ruin civilization. News reports about our sluggish population growth, calling it the “slowest since the nation’s founding.”

I’ll tell you why.

Last year, parents were finally getting a little bit of help with the child tax credit. It was a couple of hundred bucks each month that could go toward daycare, clothes, or food. Now, that’s expired. Joe Manchin recently said he thought it was “too generous.”

This is what America, especially its politicians, really thinks about parents. They want to use us in their campaign ads and commercials. We’re useful in swinging elections, especially if you can get us worked up about something like critical race theory or mask mandates. Marketers want to target us. We’re a lucrative demographic.

Nobody wants to help us.

Advertisers and yoga moms present a version of family life to the public for consumption. All of them want to sell us stuff. They want us to buy kitchen robots and go on vacations in the middle of a pandemic, assuming we have the extra cash and the time off.

There’s a very simple reason why everyone in our culture pressures us to have kids. Parents and their children make excellent customers. The market is saturated with products designed to save us time, ease our stress, reclaim our youth, or help us connect better. Social media is happy to bombard toddlers with a constant stream of commercials for toys they don’t need. Everyone’s there to help us, as long as we have the money. They’re also there to judge us, in the event we fail to meet expectations.

We exist for profit, and entertainment.

Otherwise, we’re on our own.

There was a brief time when you could support a family on one salary. Those days are long gone. Now, both parents work.

While most developed nations offer a nationalized childcare system, parents are forced to make a choice. You can divert half of one parent’s salary toward daycare, or you can try to get by on one salary for a little while. Either way, you’re guaranteed to take on debt.

Chase is there for us.

Banks and credit card companies profit off families who can’t afford medical bills, baby food, cribs, diapers, and clothes. If there’s one truth to parenthood, it traps you in an endless cycle of high-interest debt.

This, too, is great for the economy…

When I was single, I used to think parents enjoyed some sort of privileged status in America. Then I had a kid, and realized it was all an act. Americans love to talk about how much they love babies.

Try traveling with a baby. Try feeding one in public. Try to leave work a little early so you can pick your child up from daycare, or call in sick because your child is running a fever.

Ask for more than six weeks of parental leave. All of a sudden your child isn’t a little angel anymore. You’re not special.

Try telling one of your friends how you actually feel one day, and explain all of the extra work and stress parenthood puts you through. That’s when they start with the platitudes:

“Cherish your time with them.”

“You chose to have kids.”

You hear this from older parents, too, the ones who raised children two decades ago, the ones who had family support and nannies, or affordable daycare, and decent schools.

The truth is, they don’t want you to feel better.

They just want you to be quiet.

Parenthood is a thankless job.

Millennials and zoomers catch a lot of flack for our decision to have fewer kids, or zero kids. Our parents and grandparents prod us. They want to know why. Our friends and neighbors make passive-aggressive remarks. They tell us “You don’t want to raise an only child.”

Maybe it’s a good thing we’re having few children. Talk to a sociologist, or a climate scientist. The human population is already too big. The billionaires and CEOs are telling us the economy needs more children. In truth, the planet can’t sustain what we’ve got.

On an ecological level, having fewer kids is good.

On a personal level, I can tell you exactly why I’m not having more kids. We’re not getting any help raising the one we’ve got. Raising one child takes all of our time and energy. We have nothing left.

Another one would crush us.

There’s a reason why I’m not talking about all the happy, sentimental little moments I have with my daughter. So often, talking about the secret blessings of parenthood works against us.

It sends the message, “Everything’s okay.”

The minute we tell a cute story, it’s weaponized. Everyone thinks we must be okay, because parents aren’t having a complete mental and physical breakdown. They’re not sailing their kids down rivers in tiny little baskets, so they must be getting by somehow. When we concede to cherishing the little moments, like we’re encouraged to, we risk normalizing all of the societal abuse and the lack of resources.

The truth is, parenthood is an exceedingly difficult job. It’s expensive. It’s stressful. It costs you sleep and sanity. If you think it isn’t the hardest job in the world, then you either don’t have kids, or you’re dumping all the work on your spouse, and driving them quietly insane. Either that, or you’re somewhere in the top 10 percent, you have nannies or free daycare in the form of grandparents and aunties, or you raised your kids in a different era, and you don’t have to deal with the 21st century.

There’s a very good reason why younger people aren’t having kids. They’re getting a glimpse of real parenthood.

It scares the hell out of them.

I think you've already noted that Pope Francis has weighed in on people keeping pets as if that is the sole reason for population decline. The planet doesn't need more humans. Mother Earth is going to shrug us all off soon via climate change as if we're no more than a handful of annoying biting fleas. Of all the species going extinct now, humans deserve it the most. I say good riddance, and I sleep just fine knowing that.