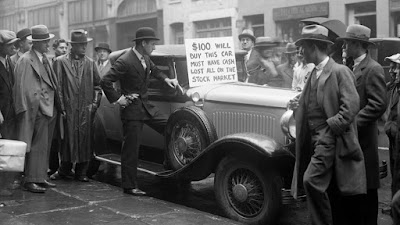 He began with the charts, the maps, the stories of what soil conservation could do, and a report on Black Sunday. The senators listened, expressions of boredom on the faces of some. An aide whispered into Big Hugh's ear. ‘It's coming.’
Bennett told how he learned about terracing at an early age, about how the old ground on his daddy's place in North Carolina was held in place by a simple method that most country farmers learned when they were young. And did he mention — yes, again — that an inch of topsoil can blow away in an hour, but it takes a thousand years to restore it? Think about that equation. A senator who had been gazing out the window interrupted Bennett. ‘It's getting dark outside.’
The senators went to the window. Early afternoon in mid-April, and it was getting dark. The sun over the Senate Office Building vanished. The air took on a copper hue as light filtered through the flurry of dust. For the second time in two years, soil from the southern plains fell on the capital. This time it seemed to take its cue from Hugh Bennett. The weather bureau said it had originated in No Man's Land. ‘This, gentlemen, is what I'm talking about,’ said Bennett. ‘There goes Oklahoma.’ Within a day, Bennett had his money and a permanent agency to restore and sustain the health of the soil. When Congress passed the Soil Conservation Act, it marked the first time any nation had created such a unit.
To force prices up enough for farmers to make a living, Roosevelt had the government buy surplus corn, beans, and flour, and distribute it to the needy.
Over six million pigs were slaughtered, and the meat given to relief organizations.
Crops were plowed into the ground — like slitting your wrist, to some farmers. In the South, when horses were first directed to the fields to rip out cotton, they balked. Next year, the government would ask cattlemen and wheat growers to reduce supply in return for cash. Hoover had been leery of meddling with the mechanics of the free market. Under Roosevelt, the government was the market. The Agricultural Adjustment Act created the framework, and the Civilian Conservation Corps drummed up the foot soldiers. They would try to stitch the land back together. Build dams, bridges. Restore forests. Keep water from running away. Build trails in the mountains, roads on the prairie, lakes and ponds.
In May, Roosevelt signed a bill giving two hundred million dollars to help farmers facing foreclosure. Now, before some nester's land could be taken to satisfy a bank loan, there was a place of last resort.

That summer, FDR launched the Second Hundred Days, signing into law the Social Security Act so that the crushing cycle of old age poverty that had bedeviled mankind since the beginning, might end.
Next up was the Works Progress Administration to fund the building of roads, schools, bridges and parks, and the National Labor Relations Act, which enshrined union rights in the workplace even as it outlawed wildcat strikes that could cripple the economy.
And what was the result?
Things turned around. Farm economies began to improve with incomes 50 percent higher, and crop prices up 66 percent since Herbert Hoover's last day in office.
Money flowed back into the banks. People slowly returned to work.
Roosevelt took credit, and the American people gave him credit, but the Supreme Court disagreed, stepping in to say that government control of the American farm economy was unconstitutional. The government could not be the market.
Sound familiar?
Of course, today we do have price supports and market-making for all kinds of agricultural products.
The Conservation Reserve Program pays farmers every year to leave over 30 million acres fallow -- land that supports fox, deer, quail, pheasant, sage grouse, and turkey, as well as scores of millions of song birds.
Social Security is the primary source of income for most Americans in retirement. If you are lucky enough to have gone to college, it's probably because your parents had a little money set aside now that they no longer had to provide economic sustenance to their parents (your grandparents) in old age.
The over one million acres of Dust Bowl land that the government bought from broken farmers in 1935 for $2.75 an acre, is now almost four million acres located in 20 publicly-owned National Grassland parks administered by the U.S. Forest Service.
And in the end, even the Republicans admitted it was all due to the good sense and steady hand of FDR.
When Kansas Governor Alf Landon, who had run against Roosevelt in 1936 saying he had no idea how to fix the Great Plains, was asked about the New Deal and its lasting effect on the country, he said it "saved our society."
And, of course he was right and the American people knew it. Alf Landon lost every state in 1936 except Maine and Vermont, winning the Electoral College by the largest margin ever, 523 to 8.
___________________________