H.G. Wells and the Bicycles of Utopia 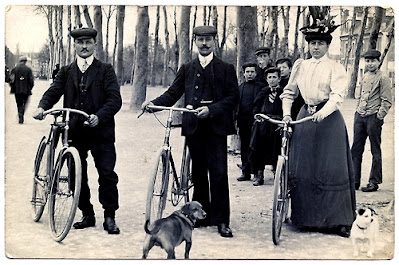 In 1904, H. G. Wells serialized a novel alternate history entitled A Modern Utopia in “The Fortnightly Review” in which he predicted the European Union, tarmac roads, the rise of suburbs, wind farms, dishwashers, tanks, motorways, sexual liberation, and the internet with both newspapers and mail on line.

In Chapter Two of the book he describes picturesque bicycle paths in his Utopia:

Cycle tracks will abound in Utopia, sometimes following beside the great high roads, but oftener taking their own more agreeable line amidst woods and crops and pastures; and there will be a rich variety of footpaths and minor ways. There will be many footpaths in Utopia.

There will be pleasant ways over the scented needles of the mountain pinewoods, primrose-strewn tracks amidst the budding thickets of the lower country, paths running beside rushing streams, paths across the wide spaces of the corn land, and, above all, paths through the flowery garden spaces amidst which the houses in the towns will stand. And everywhere about the world, on road and path, by sea and land, the happy holiday Utopians will go.

Wells was an enthusiastic cyclist who saw the bicycle as a quick. cheap. and reliable way for people to move through space and across social class.

In an earlier 1896 bit of fiction, entitled The Wheels of Chance. Wells wrote about a down-on-his-luck assistant dry goods salesman who who takes a second-hand bicycle on a 10-day tour through the English countryside, meeting amusing characters along his way.

But what of dogs in Wells' urban Utopia?  Well, there weren't any -- nor cats or horses.  All had been banished or eradicated in order to get rid of zoonotic disease passing from animals to humans. 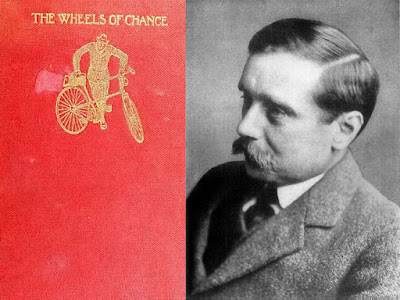