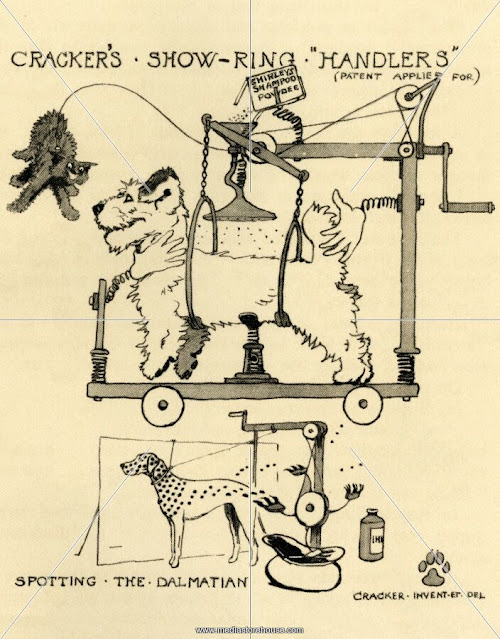 Cecil Aldin was an artist and illustrator who produced a large folio of illustrations and paintings, many of them of dogs, horses, hunting, and country scenes. Aldin began producing illustrations for the The Illustrated London News when he was only 22 years old.  At the start of  WWI Cecil Aldin was the sole Master of the South Berkshire Foxhounds and became a Remount Purchasing Officer in charge purchasing and training horses for the military. After World War I, alongside his art career, Aldin organized horse and dog shows, particularly in Exmoor, where he followed the Devon and Somerset Staghounds.