Covid-19 at the Mink Farms 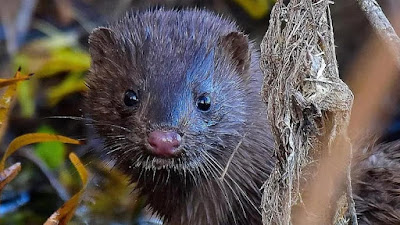 From The Milwaukee Journal Sentinel:

Two Wisconsin mink farms under quarantine after more than 5,000 animals died from COVID-19
Two mink farms in Taylor County are under quarantine after animals in the facilities tested positive for ARS-CoV-2, the virus that causes COVID-19 in humans.
Between the two farms, more than 5,400 mink have died, said Kevin Hoffman, the public information officer for the state Division of Animal Health.
The virus was confirmed at the first farm in early October when a dead mink tested positive for the disease. The farm was quarantined at that point, meaning no animals or animal parts could leave the premises. It's believed the virus jumped from a human to the animals, Hoffman said, but an investigation into the transfer is still underway.
The outbreak at the second farm was found more recently, Hoffman said. It is not believed that the virus jumped from the first farm to the second.

Last week I read about a COVID-19 outbreak in mink farms in Europe and that they were destroying entire herds? flocks? of the little furry guys.