The Fox That Plays Golfs 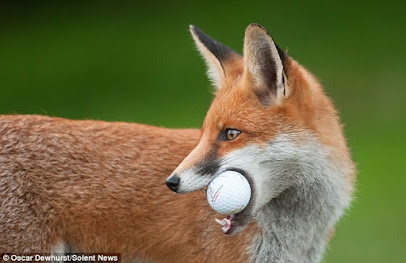 An angry fellow writes to tell me he is an expert on digging dogs and knows all about sheep and fox.

Except it seems he lives in an east coast state about three hours away and he has never even *seen* a sheep in that state.
Really?
Okay. Cool. I will accept he is an expert in working terriers and all other things.
Who knows,  he might be.
Never heard of the guy before, but the "stars" on the cover of the supermarket tabloids are a complete mystery to me as well.
That said, being angry at someone you have never met or communicate with before sure is a strange way to introduce yourself.
As for sheep in his state, I sent him a link to his state’s lamb and sheep society so maybe he can broaden his horizons on small ruminants? Trying to be helpful.
So what’s he pissed off about?
Well, apparently he is quite sure that fox are killing a lot of sheep.
Okay. Cool.
And does he have video of this from anywhere?
Nope.
Ok. Has he not noticed that while red fox and sheep are found all over the world, and subject to great debate, both together and apart, that *no one* is posting loads of video showing fox attacking sheep? In fact, we’ve got more video evidence of the Loch Ness monster, Big Foot, Leprechauns, and the Roswell Aliens than we do of fox attacking sheep.
And has he looked into sheep mortality rates on islands without any predators at all? New Zealand and Tasmania data are easy to find. What’s he think about that?
Angry man had no answers, but assured me he was a very skilled dog man and he *knew*.
Let me hasten to say that I don’t doubt this fellow is the greatest digging dog man of all time; an expert in all things canine and pastoral. Just ask him!
But that really wasn't the topic, was it?
On the little matter of fox and sheep, angry man had no data, nor did he have any video from any country taken at any time anywhere under any circumstances.
Which, I think, illuminates quite a lot. 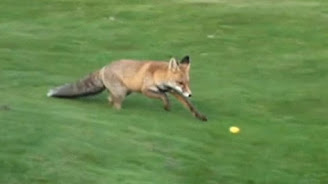 So, what kills sheep?
I discuss that at some length, in the context of the UK hunting debate, here >> https://terriermandotcom.blogspot.com/2014/01/what-kills-sheep.html
As I note:

Is there more?
Sure. Sheep mortality and predation statistics bounce around a bit by breed type, geography, browse, and weather, but the general frame is robust all over the world, from Wales to Canada, from Ireland to Montana, from Australia to Spain, and from New Zealand to Scotland, and the general thrust is this:
That’s the general problem.
Then there is the *specific* problem of predation.
Because the US has good statistics, let’s look at the numbers close to home.
First, does the US have sheep? Yes, we do. Millions of them.
Do we have predators? Yes, we do. Millions of them, and over a dozen different varieties.
Are red fox among those predators? Yes they are. There are millions of red fox all over the US.
So, what’s the data show?
Let’s start with a simple set of data from 1999, which is easy to find.
Going to another statistics source for the same 1999 year, we find (not all states listed) that 273,000 sheep and lambs were claimed to have been killed by predators.
Of these:
I say “credited” because these numbers were generated from a survey of sheep ranches and farms, and it’s psychologically easier to blame a predator for a dead lamb than it is to note “scavenging” of another lamb lost from mismanagement and mismothering.
If we assign all fox predation to lambs, we find fox account for 1.6 percent of lamb loss. Taken more broadly, fox account for about 1 percent of all sheep mortality and that out of a national flock of 7.2 million sheep, fox are responsible for a 0.1125 percent loss per year. That’s a little over one-tenth of one percent.
The good news is that we know how to sharply reduce sheep mortality.

If you read the studies, however, there’s little or no mention of predators of any kind; that’s not where the big gains are to be made, especially in countries with few (or no) large predators.
For example, in Australia we find detailed discussion about “lifetime ewe management” programs that dramatically boost lamb survival rates with little more than a few daily handfuls of grain. See >> https://www.farmonline.com.au/story/6544895/lifting-lamb-survival-rates-to-drive-the-flock-rebuild/
You can use the Google to find similar programs and advice from all over the world. When it comes to pragmatic programs for increasing lamb survival, the folks who actually count pennies and pounds are not calling for terriermen or sharpshooters; they are calling for better nutritional support and more turnout sheds.
Maybe they know something about sheep? Could be. 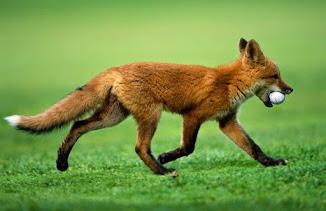 As for fox, with so many aborted and still-born lambs, and neonatal lamb deaths from exposure, abandonment, and starvation, they have quite a lot to scavenge in early spring sheep pastures.
Throw in afterbirth and testicles that have been banded off, loads of milk-rich sheep shit, and the mice and voles to be found in every farm field, and it’s a vulpine all-you-can-eat buffet without any need for predation at all.
Will a fox drag off a bit of dead lamb to feed the kits? Sure. But look at the sheep mortality data. Fox don’t have to work too hard to eat a bit of lamb.
A sheep flock that generates 100 lambs a year is going to generate 5-20 dead lambs in the absence of *all* predators.... as well as 100 afterbirths, to say nothing of the testicles and milk-rich sheep shit.
A little wool or dead lamb next to a fox den is simply evidence that Mother Nature recycles and repurposes. Is that surprising? 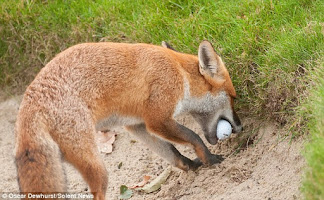 And what does it mean if there’s a sheep shank found in a fox den?
What if we find a golf ball in that same den?

Was the fox playing golf? Did the fox kill the sheep?
And to be clear, I am not saying that a fox could *not* play golf.
I'm just saying I’d like to see the video tape.

I have always wondered why you harp so much on the fact that foxes don't kill sheep because they are simply not an issue and no US shepherd I have ever heard or read complains about foxes. Maybe the guy you mention is why—some do believe it! Except he is not a shepherd and apparently not much of a dog man. Maybe, Patrick, you broke him with years of "foxes don't kill sheep" posts?

I was a shepherd for 10 years and read widely in the field for years before that. I have never heard one US shepherd complain. Frankly I would cull a ewe that lost a lamb to a coyote, let alone a fox.

In the US, shepherds have real predators to deal with. Black vultures, coyotes, wolves, bears, and mountain lions. The answer is a good LGD. The only time I got hit was because the Pry with them was older than I realized. They age fast, too fast.

I have always presumed the fox complaints that have caused that theme on this (wonderful) blog came from England. And I wondered if there was some political-social reason for them. I think a fox is capable of killing a very young lamb but only if the mother is incompetent. Foxes are not an issue with sheep that have been selected to retain mothering ability on pasture. All it would take for a ewe to ward off the biggest fox checking out her lamb is to be nearby and to lower her head. He'd get going.

Finally, there have been a couple of fox attacks reported in Britain on young children, as you know. These seem to be urban foxes that behave differently. When I visited London a few years ago, I saw a big red fox trotting down the sidewalk early one morning.

Foxes COULD be an issue for British shepherds but in my opinion shouldn't be if their ewes are competent. Please rest assured that, again, foxes are not an issue in the US and I have NEVER heard or read of a US shepherd's accusation of such. So I would really love it if this theme faded away from Terrierman's Daily Dose. If it remains, I hope you will begin to note this is a British or Australian or whatever accusation.

You are right this is a British thing that has moved into Australia and is largely a ginned up rationale for hunting foxes with dogs.

I think this is largely a contrived controversy driven by direct mail and political posturing on both sides. The RSPCA and the the conservatives would rather engage in a nonsensical fight over fox and sheep than join forces to improve sheep health through better management. There is no money or power to be found in peace and cooperation, while both sides find the fight a useful organizing tool for their respective sides. Facts? They have not much to do with it.

As I was pounding out this bit on fox and sheep, I was thinking about similar debates here in the US where facts are rejected because the fight is politically useful and often lucrative in the mail: Guns, drug use, diet, terrorism, and even poverty. What people think in most cases is pretty fact-free in its origin.

One thing more: Despite massive numbers of large predators, American lamb loss appears to be LESS than in places like the UK, Ireland, New Zealand, and Australia which have no large predators other than feral dogs. Could it be that the Americans are focused on what *really* kills lambs and have addressed nutrition and sheltering needs which have been largely ignored, up to now, by the other countries named? Dunno...