CAUTION Re: Ivermectin and Covid-19 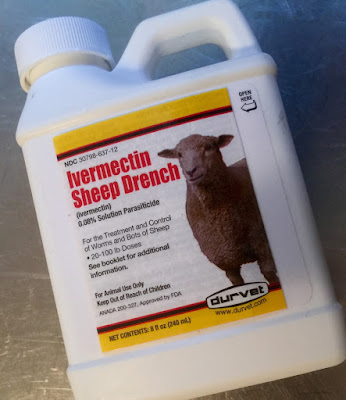 Let me start with how we find new medicines to treat both old and new diseases. Folks thing it must be a very complex process. Often it is not.

Eventually, they got around to trying a sheep worming medication called Levamisol, and much to their amazement, it worked like gangbusters -- the first medicine to ever do so.

When used to worm sheep (one dose every 6 months), the medicine was 6 cents a pill, but when given to humans (every day) to prevent colorectal cancer, the pill was $6 a tablet. Same dose, same manufacturer, same factory.  And therein lies a story....

When Supreme Court Justice Ruth Bader Ginsburg came down with colorectal cancer she was treated post-surgery with Levamisol, a drug I knew the price of when used for farm stock.

When I pitched a drug price-gouging story to Don Hewitt and Mike Wallace at 60 Minutes, it was the Levamisol story I led with, and below that I appended a table of the ten drugs most commonly used by seniors and their prices in the US, Canada, and Mexico.

The result was an often-repeated story that was featured in the U.S. presidential debates and which eventually propelled the creation of the Medicare drug program that has since lengthened the lives of millions while saving them billions of dollars.

So what's the latest?

The latest news is that scientists in Australia think another sheep and dog-worming medication *may* (and please note the emphasis on "may") knock down Covid-19 (see paper here). It seems to do so in the lab, but no human trials have yet been initiated.

The drug in question is Ivermectin, a very common parasite-fighter that has been used around the world on farm stock, dogs, and humans for 40 years

I know a great deal about Ivermectin and while I advocate for its use for dogs as both a preventative and as a treatment for heartworm, I urge folks who do not know their ass from their elbow to NOT rush down to the Southern States and start dosing themselves with horse wormer if they feel sick.

Horse wormer is dosed for 2,000-pound horses and though Ivermectin has a wide range of tolerance, you CAN overdose on this stuff if you do not know the difference between a microgram and a milligram.

In addition, there is NO EVIDENCE (yet) that Ivermectin will help treat Covid-19.

What works in a petri dish does not necessarily work in a live animal.  Ivermectin's success in treating other viral diseases is very uneven; sometimes it helps, sometimes it does nothing.

To the extent you want to use Ivermectin to treat your DOG, get Sheep Drench, which is diluted down to a 0.08 percent solution of Ivermectin, and then follow the weight and droplet guidelines found at the link in this paragraph.  DO NOT USE HORSE WORMER!

Whenever anyone talks about Ivermectin use in dogs, someone always pops up to say "yes, but it will kill collies." Well actually, no, not if properly dosed.

In fact, Heartgard, the primary low-dose heartworm preventative used in the U.S. is so safe for collies that the company features a Border Collie on the box. The Border Collie community routinely routinely uses low-dose ivermectin (often the sheep drench variety cited here) without harm because they are NOT idiots using horse worming paste.

Do NOT use horse-worming paste!

And, for now, DO NOT take Ivermectin to treat yourself for anything -- see a doctor if you think you have Covid-19 and self-isolate.  Please DO NOT POISON YOURSELF because you do not know the difference between a milligram and a microgram. 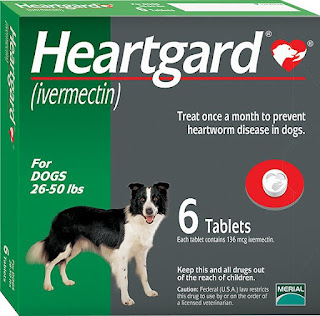 So where did Ivermectin come from?

It's a natural thing first isolated from Japanese soil.

Another game changer drug -- Rapamune or Sirolimus -- was first isolated from Easter Island (Rapa Nui) and it has made heart stents and organ transplants possible.

Footnote : William C. Campbell and Satoshi Ōmura were awarded a Nobel Prize in 2015 for developing ivermectin as a therapy for roundworm parasites. The stuff has played a BIG role in parasitic disease control in Africa.