The Good News Is the Bad News Is Wrong 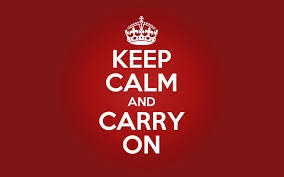 Those are words you won’t hear from me very often. The coronavirus is serious, but it’s very similar to SARS, and that global issue was contained with few deaths and no outbreaks after the first 15 months back in 2002-2003.

Deaths with CV, as with SARS, is mostly among the very old or those with very seriously weak immune systems.

The number of people who have contracted the virus who are asymptomatic (ie fine) almost certainly dwarfs those showing symptoms.

This is going to be a virus that rockets around the world, and makes a lot of folks (millions) miserable for a week to 10 days, but this is not the Bubonic plague, and it’s not 1350.

Malaria, diarrhea, and the flu are much bigger issues, but are not novel. And, it should be said, all three of those age-old killers are in decline.

The overall global mortality and illness rates will continue to decline as they have for decades.

Yes, there will be a brief rumble in trade and transportation, but it will not last too long (a few months), and hand-washing protocols and a closing of Asian wildlife markets will benefit all.

I am keeping my money in the stock market.

Want to be extra careful? Good! Drive slower, stop drinking alcohol and soda, put trigger locks on any guns you own, eat less cheese, and hold on to the rail when going down steps.

TO BE CLEAR: This post IN NO WAY suggests Trump is handling this right.  Nor is it to suggest that there will not be thousands of real deaths. Trump made a science-denying idiot virus-czar (Pence), and his press conference was a shit-show of ignorance, blame-shifting, and incoherence. This is NOT who you want in charge. But the virus is what it is, has no political party, and will run its course in free-market democracies and totalitarian dictatorships alike.

Be calm, and carry on.

I hope you and Trump are right. Certainly, stay calm. But from what I've read, the R0 for Covid-19 is around 2.2, so keeping the lid on it is going to be hard, especially if it gets established in places where there's not much of a health system.

As for investing, it would have been a good idea to pull out of the stock market a few weeks ago... too late now.

The R0 is impossible to know this early, as we have no idea how many folks are asymptomatic, and we will not know until there is widespread testing.

So far, the folks getting tested now, and the folks in quarantine, are the folks who are obviously sick and have seen a doctor. About 80 percent of these folks are showing mild symptoms which might be ignored in the general population.

The point is that if you increased the denominator you decrease the actual fatality.

What we know so far, and for sure, is that the response to this has been far in excess of the actual fatality level.

SARS and MERS were MUCH more lethal, and were commonly transmitted in hospital-based outbreaks. Covid-19 does not seem to spread readily in hospital settings. If you look at the fatalities and arc of SARS and MERS you see few reasons to panic considering the massive response this time.

Stock market timing is generally a mistake. I keep money in stocks for the long term, and I am not (yet) betting against America.

Panic is irrational, highly contagious ans rarely productive or helpful. Caution is appropriate in a dynamic and hazardous situation where the facts aren't all clear.
Out of curiosity, will you be betting against the USA if Trump gets a second term?

If Trump wins another term, the wife and I may move overseas. Not kidding, as we do not believe the country can survive another Trump term without armed conflict, war, and economic devastation. We would liquidate everything.