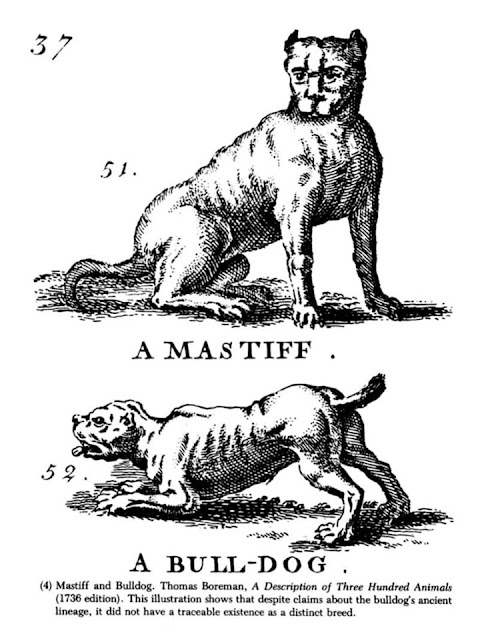 Harriet Ritvo’s work on the history of dogs and dog breeding is without parallel — exhaustive, cogent, and buttressed by decades of serious work.

Get her book on Victorian-era dog breeding on Amazon!

In the interim, I’ve loaded up an old piece of hers worth reading entitled PRIDE AND PEDIGREE: The Evolution of the Victorian Dog Fancy.

Read to answer these questions:


Also, note the caption on the illustration, above.

The illustration shows that despite claims about the bulldog's ancient lineage,  it did not have a traceable existence as a distinct breed.


That's hardly surprising. While pit and bull dog fighting was banned in the UK in 1835, it had been around for hundreds of years before then. But these dogs were performance bred animals with money on the line, which means there was not a "breed" -- there was only success or failure.

Pit and Bull Dogs were generally matched by size and weight from 10 pounds to 180 pounds depending on the animal to be fought.  The notion that there was a set weight size or pedigree is, as Ritvo notes, the invention of late-Victorian and early 20th Century dog dealers.

Ritvo knows more about the true origins (and rampant fraud) of the dog fancy than anyone else who has ever written on the topic. 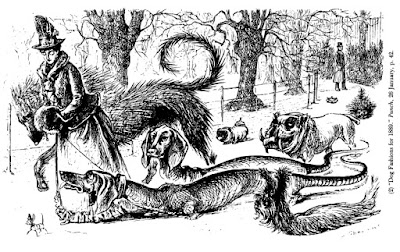