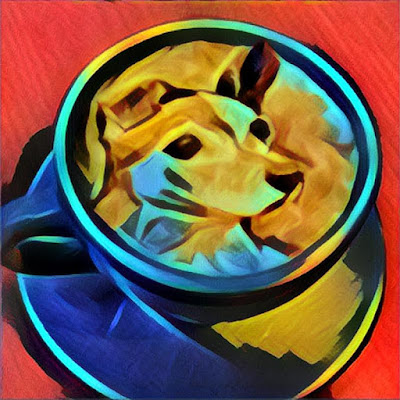 Where's the Beef?
A global food industry research firm is predicting that in the next 20 years, 60% of the world’s meat will NOT come from animals, but from plant-based meat analogues.  It's starting here in the US -- Burger King is now serving the "Impossible Burger" and it's said to be the most popular late-night burger right now.

E-Bikes Do Not Decrease Exercise - They Increase Distance
It seems that e-bike riders get as much exercise as riders of regular bikes because the bikes are used more often and they go farther, often replacing car jaunts. If that's true, they need a tax subsidy -- maybe a BIG one.

It's a Wall Street Economy Underground
Fungi and plants engage in complex barter systems for nutrients.

The Oldest Living Plants and Animals
1,500-year old bit of frozen moss sprang back to life when it was pulled out of 100 feet of ice cover.  But that was nothing compared to the 41,000-year old nematode.

Recycling is Broken:  Here's Why
From Treehugger: "Recycled PET (plastic bottles) is worthless now because natural gas is so cheap that virgin PET is cheaper than cleaning and processing recycled. Even aluminum recycling is broken because China used to buy a lot of it and now there is a glut in the USA, so the price has dropped. Aluminum on its own cannot support the recycling system, so there are fewer places to return the cans."

How Birds Get High
Beyond feathers... with drugs... supplied by ants and centipedes.

Have We Seeded the Moon With Life?
Yes we have.  Scientists believe the Tardigrades recently sent to the moon by the Israeli's are probably  as still alive.

Manhattan Has Been Growing in Size for 200 Years
As building basements, foundations, and metro tunnel are excavated, the dirt and rock has been dumped on the shore.  See the map.

Tysons Foods are Liars
Tysons foods is being sued for lying to consumers with claisms such as the company is a “steward of the land” with a “commitment to conservation” and “dedication to environmental leadership.” In Instagram posts, the company has used the hashtag “#sustainable.” In a video, a Tyson representative says, “We’re stewards of the animals we raise. It’s our responsibility to take care of them as humanely as possible.” In fact, Tyson is a massive polluter right here in the Chespeak watershed, and has been nailed for farm cruelty in a state where such charges are rare: Virginia.

Fighting Non-native Carp in Kentucky
Electric shock forces the invasive fish to jump and stuns them until they are netted. Asian carp will also jump like this if a boat engine is throttled through the water.

The recycling situation is quite depressing.

I didn't want to like Impossible Burger, but am surprised how palatable it is. Can't purchase (non-commercially) yet, which is kind of a drag.

don't forget, Carp are great eating; and, they aren't going away.
with the climate changing world, i do appreciate having wild fish to eat that are hardy and plentiful, native or not.

Tuffy--Trust me---the grassfed beef market gets a lot of business from my house. :-) Time will tell how things evolve with both cattle and the substitute market. My remark was chiefly an expression of surprise about the taste of the Impossible Burger, and an aside about its relative availability.