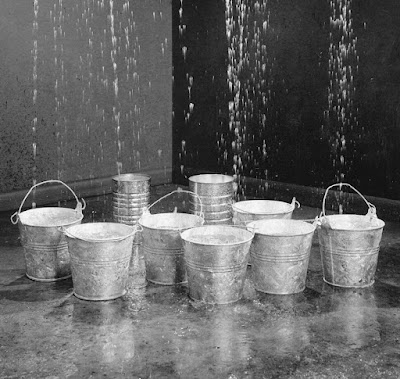 The whole notion of “saving” deeply broken breeds is laughable.  So many of these breeds are devoid of any reference to utility, with histories invented whole cloth, and inbreeding mandated by registries that firmly embrace closed gene pools.
It’s like building on remote unstable land that is permanently wet with a poorly pitched roof that leaks, and has no headroom.

“But it’s Falling Water by Frank Lloyd Wright. It’s in a book! We must preserve it because we’ve been told it’s wonderful and significant!”

But in fact Falling Water is not a useful building for anyone over 5 feet three, the roof still leaks like a sieve, it has mold growing everywhere (it has a full time staff to catch the leaks and spray down the mold), and every storm threatens to wash the building down the mountain.

It’s a sculpture, not a house.

To spend time and money preserving “the vision,”’you have to subscribe to the notion that the house was fit for purpose on Day One and was not a stupid nightmare bathed in ignorance to begin with.

Some folks are myth- and conspicuous-consumption preservationists.
Not me.
There’s too many well-built, beautiful, well designed, energy efficient, and dry houses to prop up a bullshit structure fobbed off on pretenders back in the 1930s.
And so it is with dogs.

From what I can see, “breed preservationists” begin with no goal other than to preserve the myth of breed.  They start with “It’s a Frank Lloyd Wright,” not a list of what success actually looks like.

In fact, success is not owning a Frank Lloyd Wright house in most cases.... unless you are a sniffing pretender interested in flashing conspicuous consumption and want to name drop at a cocktail party.

Success is a house that is solid, dry, useful, accessible, and also beautiful.
Guess what? We build and live in those houses every day. They’re made of stone and steel, wood and glass. They’re located in all kinds of locations and they do the job. Millions of them.

But no one with a brain builds a Frank Loyd Wright house today.

In fact, most Wright houses have been bulldozed to the ground because almost every Wright house has a roof that leaks.

Failure is nothing to preserve. It’s too easy to scrape the lot and start new.

By the same token, making a healthy useful dog is not rocket science. They’re all around us, like good and beautiful houses. But you start with a goal that’s NOT preserving pretentious mythical nonsense pitched by 19th century dog dealers.
You start with what you want out of the actual dog.

Breed preservationists often confuse breeds and types. It’s a pretty basic confusion.
Breeds are not 1,000s of years old. Types are, but a type is not the same as a breed.

Land race TYPES were not confined in kennels, and spay-neuter was not a thing.
Dogs bred freely, and scores of millions were killed by drowning and shooting every year.
This is the true history of dogs.
Functional land races existed in very isolated areas, but fairly wide variation within a land race type was normal, and it still exists in dogs defined by work, from dirt dogs like terriers and dachshunds to running dogs, herding dogs, guarding dogs, and pulling dogs the world over. People who did not know how to write were not breeding to paper!

Work is actually a standard, albeit a loose one that changes with owner and location, and the way of the work.

A purpose-bred dog?
How many “breeds” claim to do it, and how many types *actually* do it?
A lot of show breeders do not understand the question.
There are many breeds of setters and pointers, but they all do the same job.
Field-bred dogs are not much like their Kennel Club brethren. Why is that? Why have true working dogs always been preserved by regular and true outcrosses — the kind of outcross that the Kennel Club pretenders are quick to call a mutt?

The dogs being wrecked today are not working dog types bred outside of closed registries and paper standards, but narrow kennel club breeds bred *within* closed registries and too often selected for intentional morphological defect.
“Breed preservers” are, for the most part, not calling for complete outcrosses, or work-based selection regardless of paper, but for selection within narrow paper gene pools based on a notion that there is some vestigial healthy population of a paper-created breed that did not actually exist prior to 1850.
It’s as if it’s been decided that we cannot “insult” the owners of Frank Lloyd Wright houses by saying they’re complete crap, but instead must work “with them” to see if they might be willing to repurpose this, or repair that, by using some other provenance-tracked piece from another documented Frank Lloyd Wright House — one a little less ruined.
But a low pitch roof cannot be fixed with minor modification anymore than an English Bulldog can be made functional by working within that existing gene pool.
A breed’s genetic load cannot be lightened by continuing to work within a small pool of dogs that never had more than 24 founders.
Ask a Frank Lloyd Wright house owner to rip off the old roof and put on a proper 33 degree pitch roof ?  But then it’s “no longer a Frank Lloyd Wright house.”
Now ask a Kennel Club pug owner if it’s a pug if the dog has been crossed outside the gene pool with a beagle in order to give the dog working eyes and a 4” snout.
You see?

Yes we know how to make healthy animals: we track production and utility on a measurable axis. See milk, beef, chicken, and egg production.
How does the Kennel Club track utility and production when there’s zero points for health, work, or temperament and complete disqualification if a dog is bred outside of that very small founding pool?
They don’t.
Instead they argue Kennel Club breeds are “worth preserving”. They talk of baby steps. But you cannot fix a leaky Frank Lloyd Wright house with a bad foundation with “baby steps”,  You fix it with a bulldozer and a different architect who starts with the premise that the goal of a house is to keep you warm and dry..