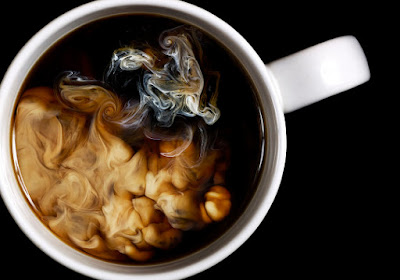 Floppy Ears Good, Pointy Ears Bad?
The Transportation Security Administration of the US Department of Homeland Security says it will increase its contingent of floppy-eared pups at check-in, while curtailing pointy-eared pooches like German Shepherds, Malinois, and Dobermans. TSA is looking to add more Labrador and Golden Retrievers, German Shorthaired Pointers, Wirehaired Pointers, and Vizslas.

First We Ditch All the Males
Scientists in Germany have figured out a way to identify male eggs prior to hatching, which may, in the future, eliminate the need for live culling. The reason male chicks are culled is that egg-laying chickens are not great meat producers when compared to meat chickens which typically mature to market in as little as 7 weeks. Crushed baby chicks and unhatched eggs are ground into reptile and other pet foods; nothing is wasted.

Fatherless Bees and Bees with Multiple Fathers
Male honeybees have no father because their entire set of chromosomes come from the queen, but they do have a grandfather because the queen was the result of a fertilized egg.  The queen, however, may have had two or even three fathers.

Artificial Intelligence at the Camera Trap
Artificial intelligence is being used to automatically count, identify, and describe species in the 3.2-million image Snapshot Serengeti camera trap dataset, which translates into to saving more than 17,000 hours, or nearly 8.5 years of human labeling effort. In India, an AI-based study identified 363 different leopards from 1.5 million images over a six-year statewide study, based on the unique rosette patterns on their bodies.

Caffeinated Popcorn for Breakfast
Why? Because life is a very fast circus.

The Racist Roots of a Mass Execution
On this day in 1862, 38 Dakota Indians were executed by the U.S. Government for their part in the US Dakota War of 1862, the largest mass execution in US history. The Zinn Education Project notes that "Lincoln’s treatment of defeated Indian rebels against the United States stood in sharp contrast to his treatment of Confederate rebels. He never ordered the executions of any Confederate officials or generals after the Civil War, even though they killed more than 400,000 Union soldiers."

The Age of Chickens
Over 65 billion chickens were slaughtered last year.  A study of chicken bones dug up at London archaeological sites shows how the bird that we know today has been altered beyond recognition from its ancestors. We truly live in the Age of Chickens.

Need to Remove Background From a Picture of a Person?
This web site does it for free.

A Song of the Streets
NYC is going to name some streets after Notorious B.I.G., Wu-Tang Clan, and Woody Guthrie.