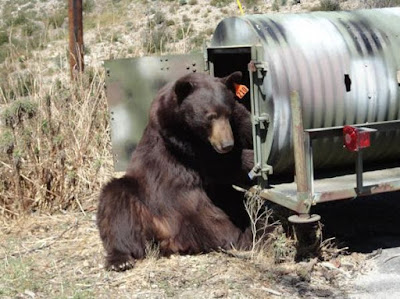 Biologist Heather Reich of the the Nevada Department of Wildlife is not afraid of grizzly bears in Montana or black bears in Nevada, but she's terrified of a "Tahoe-area animal rights activist" by the name of Carolyn Stark who lives in Incline Village and who has chased her down the freeway as she works trapping and moving bears in conflict with humans.

On Sept. 14, Ms. Stark followed biologist Reich on Mount Rose Highway and Interstate 580 while Reich was towing a bear trap. Reich had just released a tagged bear at the Tannenbaum Event Center and was returning to Reno.

Reich said she was afraid for her safety because Stark was driving aggressively and following her too closely.

“It’s dangerous enough pulling a bear trap,” Reich said of the trailer-mounted steel devices used to capture and transport bears that come into conflict with humans. “It would have been worse if I had a bear in the back of that trap.”


Stark has previously clashed with the Nevada Department of Wildlife as a former board member for the "Bear League," an activist group that protests black bear management by the Nevada Department of Wildlife, and which has previously harassed NDOW biologists. In 2015, a former state senator and Incline Village resident sought a protective order against Stark related to Bear League protests of a trap outside his house.

Judge Pierre Hascheff extended a temporary protective order, but denied a permanent protective order against Ms. Stark, which means things are likely to get worse down the line.

My suggestion is that NDOW hit one of these activists with a tranquilizer dart. When one of these loons wakes up in the middle of the woods, far from a road, with a tracking collar bolted to their neck, and a bright orange tag in their ear, this bullshit will stop. 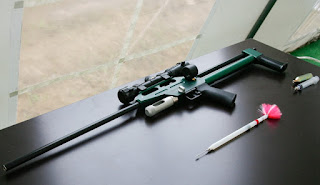