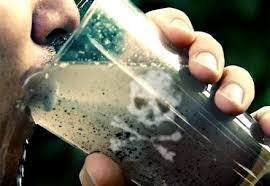 Back in 2014, I suggested to a friend, retired from the military intelligence community, that with the parade of nonsense (all provably wrong) that was being sent to me from right wing lunatics, such as himself, there had to be a factory producing the stuff, and there was probably communist money behind it.

As you know, I have repeatedly wondered where do all the right wing nonsense emails come from.

I truly wondered if the Chinese communists were cranking them out to make the country weaker. I have challenged you to consider that possibility.

Now, I am afraid to say, it turns out that I am almost right.

Read this piece on Jonathan Turley's blog, complete with ads.

Did I not ask, again and again, where these streams of crazy, fact-free emails were coming from?

I said there had to be a factory somewhere.

Getting a bit thin on the other bench when Mittens Romney and Jeb Bush are the top tier.


Of course, it turned out that the Chinese were not as good at this stuff as the Russians who hacked our election not only through direct control over state ballot boxes, but also by fomenting disinformation, racism, and pointless controversy on Facebook and other social media platforms such as Twitter.

As a result we have the most nakedly corrupt, incompetent, racist, and malevolent government in power in U.S. history.

This is an Administration that is hell bent on weakening our education system, poisoning our water, undermining our banking sector, corrupting markets, fomenting racism, and leaving us saddled with debt that will take five generations to pay off.

America is no longer a world leader. Yes, we still have big weapons and a big economy, but we also have a mad syphilitic king who tweets, howls, growls, rambles, lies, insults, and changes gears and direction like a midway bumper cart being driven by a five year old off his Ritalin.

Trump is an American crime family, but without the book smarts, street smarts, or competent capos that actually turn a profit from their crimes.  This is the gang that cannot talk straight, shoot straight, or even add up a column of numbers.

Given an immense pile of money by his father, and a roaring economy, Trump managed to bankrupt himself and almost every business he touched all through the 1980s and 1990s.

Trump's real business, for the last decade and a half, has been Russian money laundering, a business he now supplements with cash bribes from the Chinese, Arab oil states, Israel, and anyone else who seeks to buy American policy at a cut-rate price.

About 15 months ago, I had lunch with a producer from CNN.  He wanted to know what was happening in the world of corporate fraud, an area I know a little bit about.  I told him he wanted to ask me about Donald Trump.  OK, he said:  What about Donald Trump?  I explained that all roads led to Michael D. Cohen.  "Who the fuck is Michael D. Cohen? he asked.  I explained.  On April 9th, almost a year to the day since my friends and I had lunch to discuss Trump, the FBI raided Michael D. Cohen. My producer friend emailed me: "You were right. It's exactly as you said."

In truth, I did not see the Stormy Daniels stuff (though everyone knew Trump had "a dick problem"), or the pay-to-play payola from Novartis, AT&T, and Korean Aerospace (though everyone in the world knew Trump's entourage had their hand out).

I was more focused on the massive loans coming from the private side of Deutsche Bank that were, in fact, directed deposits from Alfa Bank.

I was also interested in the stream of money and "condo reserve" fees and contracts coming into his buildings in Florida, New York, Canada, and into development deals overseas.

Michael Cohen had used New York City medallion taxis to launder Russian mob money at a retail level in the 1990s. Trump had done the same thing with his golf courses and gambling operations, but these were cash-heavy operations of the old-school kind.

As the world switched to credit cards, cash money laundering at scale was becoming harder and harder to achieve, and the international conventions governing banking were not helping.

Michael D. Cohen met Trump when he bought over a dozen Trump-owned condos in Florida, New York, and Canada for his Ukrainian in-laws.

Cohen became Trump's connection to the Russian mob, along with Felix Sater whom Cohen had know since they were in grade school together. Cohen's uncle  had run a social club for the Russian mob and, as a consequence, he and Sater knew everyone who needed money to launder.

When Jared Kushner showed up, he saw what Trump was doing laundering money for the Russians and he figured he could provide the same services to the Chinese and the Arabs; countries and regions where oligarchs were stealing vast sums of money from their own people. This new generation of crooks was desperate to move their money overseas where it was safe and would, hopefully, be anonymous.

Prior financial scandals in Switzerland and the Caymans made these old money-houses more transparent and less secure from prying regulators and corruption-chasers. The solution was to find a non-state actor, and preferably one that was unencumbered by international banking laws.  Real estate proved perfect -- it existed in endless supply, it could not disappear overnight but it was easily sold, and it could be purchased by anonymous corporations who did not need to explain their source of funds.

Trumps core business was simple:  Buy a golf course or building for $10 million, put his name on it and claim it was now worth $20 million, borrow $15 million on it, and pocket $5 million, even as he told the IRS that the property was now worth less than the $10 million he had paid.

Trump skimmed off 20 percent or more for laundering the money even as he used his new cash solvency to borrow and build more.

Foreign investors knew they were getting skimmed by Trump, but real estate still looked like a good way to launder the money, as the property would likely appreciate in time and that would cover the vigorish.

This is all clear now, but in 2014, all I knew was that there was a disinformation factory out there running full tilt to poison the water here in America.... and a lot of good people were drinking deep.

Who would fund such a thing?  It had to be the communists.

Here is a recent social media incident that convinced me. I took the current US President to task for something Trump-like he did/said, and rec'd quick personally demeaning reply from source in "California", and regurgitating the top three of far-right's tired/lame arguments in response. Immediately struck me as a rigid message that an automated bot could spew based on keywords in my original. I responded claiming the message was bot generated, and challenging it to read a deserved insult in French. Promptly rec'd answering message partly in French, and partly in what appeared to be fluent Russian. -- TEC