A Litter in the Latrine 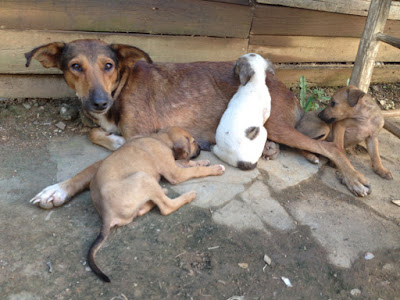 My niece, who is a Peace Corps worker in the Dominican Republic, found a litter of puppies at the bottom of a 10-foot deep latrine after someone had clearly tried to get rid of them. She learned they had been down there for 3 days, and she worked to save them before it dawned on her that the "owners" of the puppies (who were working with her to "save" the dogs) were probably the folks who shoved them down a hole to die. Long story short, she has now adopted one of the pups which is about 8 weeks old. 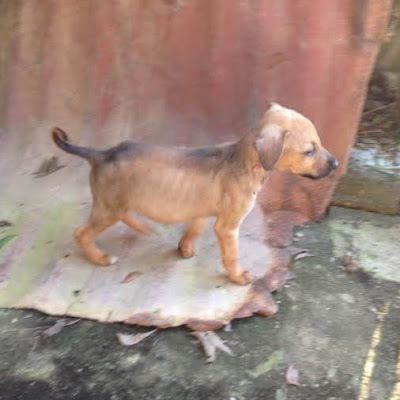 I have given her some very basic information about vaccine schedules, worming, crates, dog food, and socialization, but since there are no fenced yards where she lives, and dogs roam free, the real issue comes down to vehicle and other mishap, and disease. Socialization will happen on its own as there are a lot of dogs and people about.  The truth of the matter is that most village dogs end up surprisingly placid and non-neurotic. As dog trainer Marc Goldberg recently observed while touring Thailand:  "In countries where people are not crazy about dogs, dogs are not crazy." 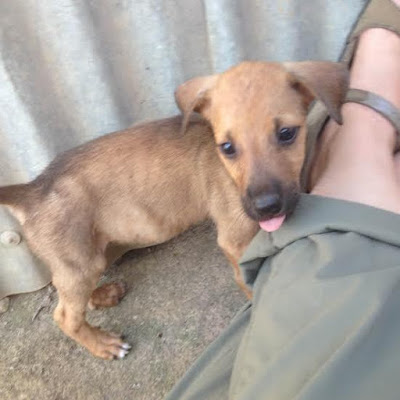 Here is my theory: Village dogs are placid due to a combination of natural selection and some artificial selection. Since the village dogs are allowed to roam freely each dog is going to meet a lot of people. So any mean dangerous dog would not last and be quickly killed by someone. A nervy or neurotic dog wouldn't be able to live walking peacefully in a area with lots of people, so would one day snap and also be killed by someone, hit by a vehicle, starve or if left the village eaten by a larger wild animal. The dogs who survive and reproduce are the ones who are friendly and placid, these are the ones people feed or ignore.
In western countries dogs are kept in fences and gates for human safety, but this is actually more beneficial to neurotic or dangerous dogs as it significantly increase the chances for their survival and to reproduce as long they don't endanger their owner. Some owners are more likely to overlook or ignore their neurotic dogs' behavior than a stranger would. Combine this with the fact some western people are adamant about saving every dog. So in the end you have more mean and neurotic dogs in the western countries.