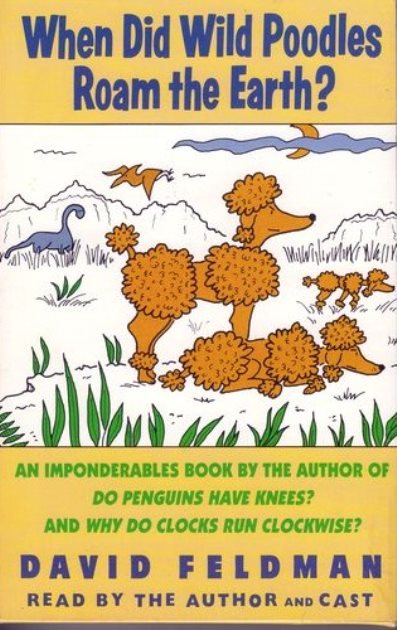 
Notice the quote marks in the headline.

No one is saluting this nonsense. It's more of the wink-wink, nudge-nudge that we get in the world of dogs, where pathological liars pocket big bucks selling bunko to the gullible, the stupid, and the uninformed.

The 'Royal Dog of Madagascar', of course, is the Coton de Tulear, which is a breed invented in the late 1960s, at about the same time that the Bichon was being trotted out as distinct from the Maltese.

I have appended below the breed history of the "Coton de Tulear," lifted straight from Wikipedia.

Note that this breed history here follows the basic structure of most nonsense canine histories:


The Wikipedia entry for this breed reads (no, I am not making this up):


The Coton de Tulear developed on the island of Madagascar and is still the island's national dog. It is believed that the tenerife dog was brought to Madagascar, and mated with a dog of the island, and created unexpected twist. The Coton's ancestors were possibly brought to Madagascar in the 16th and 17th centuries aboard pirate ships. Madagascar was a haven for pirates, and pirate graveyards can still be seen there. Pirates established a base on St. Mary's Island, Madagascar and some of them took Malagasy wives. Whether the dogs were brought along to control rats on the ships, as companions for long voyages, or were confiscated from other ships as booty no one knows. Tulear is a port now also known as "Toliara". The Coton is of the Bichon dog type, linked most closely to the "Bichon Tenerife", and Tenerife Terrier. There have been many stories circulating about the history of the Coton in recent years. Most of them are untrue. The Coton de Tulear was never feral on Madagascar. It did not hunt wild boar or alligators, as its size, strength, and demeanor can disprove easily. It was a companion dog of the Merina (the ruling tribe) in Madagascar. It has very little prey drive, and is not a hunting dog.

The cottony coat may be the result of a single gene mutation. This small, friendly dog caught the fancy of the Malagasy royalty and they were the only people allowed to keep Cotons. When Dr. Robert Jay Russell discovered the breed in Madagascar in 1973 and brought the first ones to America, he coined the phrase the Royal Dog of Madagascar and the name stuck. They were also imported occasionally into France by returning French colonists but were not officially imported to Europe until the 1970s.

The Coton de Tulear was first formally recognised as a breed by the Societe Centrale Canine (the French national kennel club) in 1970, and was accepted by the Fédération Cynologique Internationale, which published the breed standard in 1972.


Of course, this is the "straight" version.

If you want your nonsense and blarney ladled thick, and with special sauce, head over to "The American Cotton Club" (The Cotton Club, get it??) where they have also added in a shipwreck that has the little dogs swimming through surf to shore!

The American Cotton Club jumps the moon when they go on to write:


The original Cotons on Madagascar were feral surviving by hunting and scavenging. One of their favorite meals was small wild boar native to Madagascar. They were able to adapt to the natural diverse and rugged conditions on the island. They lived in the rain forests and scrub of southern Madagascar near the sea and the port of Tulear. They had to survive arid conditions on the island as well as the Monsoons. The Cotons led a much different life than their pampered Bichon cousins in Europe. This brought about a strong constitution for survival, a keen intelligence, vigilance, adaptability, alertness. They also learned to live in packs increasing their odds of survival. It is possible the tropical climate of Madagascar influenced the coat developing into a light and airy cotton which was a natural air conditioning.

And, of course, there is more. The dog was adopted by the Merina tribe (was that on Survivor, season two?) and became a pampered dog that could only be owned by royalty. To back this all up, an ancient book is quoted, and never mind if that ancient book (it has not yet been scanned by Google!) describes a completely different dog from the one detailed here.

What a marvelous dog!

Can I put you down for two?

Why yes, but I would like to get one straight from the island so I know it is the real deal.

One straight from the island?  Of Madagascar?? Right.  Small problem there....

You see due to their huge popularity in France, and the extreme poverty of Madagascar, there are now virtually no "true" Coton's in their homeland of Madagascar!  Any dog you get from there is likely to be a FAKE.  nd there is lots of that going around...

Oh dear!  What a tragedy. 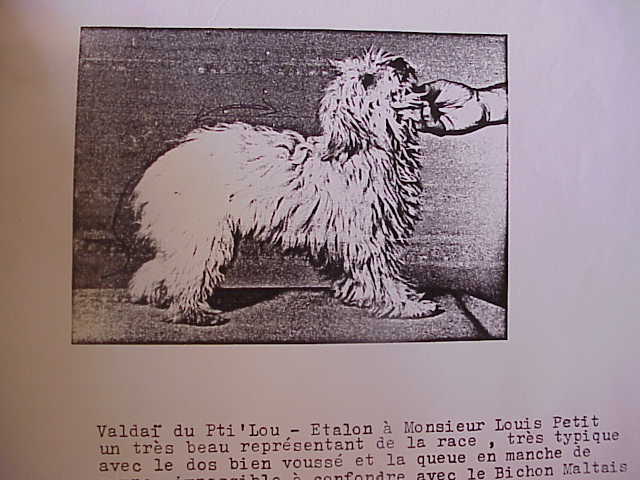 
Of course, the "modern" dog is not exactly the same as that brought to Madagascar by pirates.

It is not exactly the same dog that survived the shipwreck, that swap to shore, that was owned by royalty, and that hunted wild boar in large feral packs.

No, the modern dog has been IMPROVED!

In fact, it has been improved so many times THAT it looks completely different now.

And, of course, that's just the European standard.

But no matter. These are dedicated lap dog breeders, and in their world form follows function... like a fish follows a water buffalo.

My favorite breed history of the Coton de Tulear, however, is not written by the French, or the British, or the Americans. It appears on a Dutch site where, according to Google Translator:

As a result of the colonization in the 16th and 17th century, the dodo, a large sort of turkey-like bird that lived on the islands of the Indian Ocean, went extinct.

As a result of that colonization, in its place another brave Dodo species in the Indian Ocean formed in the shape of the Coton de Tulear.


Fantastic! And, of course, absolutely true.

Now, how many of these new AKC dogs can I put you down for?

That last picture looks exactly like my 'Wauzer' (Westie Schnauzer Mix) I adopted from the shelter a few years back if I don't clip her at the end of the winter.

So your "wauzer" may very well be a Coton dr Tulear. Shelters don't seem to recognize the breed and tend to say it's a "mixed breed".

Thank you for this very amusing and thorough review, as always. Both fun to read and informative; that is how articles should be.
However, being Dutch myself, I of course felt stimulated to check the source in my mother tongue, and I think there is a little misconception here. 'Dappere Dodo' is actually a sort of saying in Dutch, which has been popular a few years back. Google Translate however, cannot sniff out the figurative use of words. So what they actually say is that the same wave of European colonization that lead to the extinction of the Dodo, brought forth the breeding and therefor creation of the Coton. If you are interested, 'Dappere Dodo' would probably refer to the dog being a small, brave little creature. According to the breed clubs, of course, that is.