The AKC Announces the Demise of the Organization 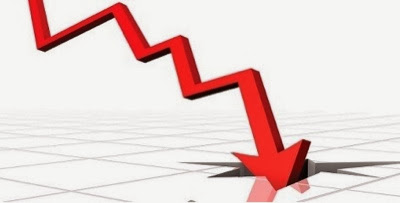 In his most recent Chairman's report, Alan Kalter of the American Kennel Club announces that organization's demise.

Kalter tries to put a good face on it by papering over the holes and a putting a fresh coat of paint on the rusted parts, but in the end he announces that the ship is headed to the bone yard, and that it will no longer be a passenger vessel.


But don't take my word for it.  Here's what he says in his January Chairman's Report:

The"good news" is that AKC registrations are not declining by 10 percent a year every year -- that they are "only" declining three or five percent per year. 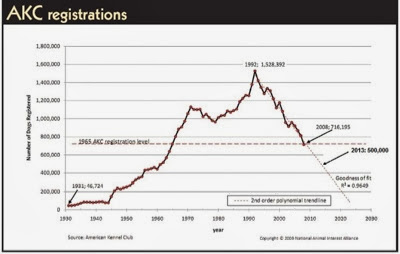 In short, AKC registrations continue to auger into the ground.

A 5 percent rate of annual decline means the Club's numbers are rolling downhill with the speed of  a runaway bolder, despite the fact that the Club has already seen a more than two-thirds decline in annual registrations since 1992..


[I]t is time to acknowledge that registrations are unlikely to remain AKC’s primary, long-term revenue source or method for engagement with dog owners. Nor should they. Just as with New Year’s resolutions, it is time to gaze ahead and embrace transformation at our organization. There is no doubt that dog owners are still in love with predictable purebreds. What is clear is that they are less interested in the papers to prove it. ... 2013 dog registrations totaled only 479,404.


So there it is -- the new number from which the AKC will continue to decline.

The AKC's "papers" are worthless, but instead of making them worth something by eliminating standards that embrace the deformed, requiring serious and continued health checks for adult breeding dogs, opening up the registries to new blood, and imposing temperament and performance tests for championship certification, the AKC is throwing in the towel.

Registrations are not the way forward Alan Kalter says.  He has made his peace with an ever-declining AKC.  The cost of reform here is too high, and besides, he seems to say, the problems at the AKC are structural, and the boat cannot be kept afloat and rebuilt at the same time.

So what is Alan Kalter's Big Plan for turning the AKC around?  Kalter writes:


Today’s consumers are increasingly connecting with brands, products and organizations in the digital and mobile spaces, not in the show ring. AKC Board and Staff have recognized the organization must embrace a progressive business model to meet an evolving marketplace.


What does that mean?

No, that last bit is not a joke ripped fresh from The Onion.

Whiskey - Tango - Foxtrot.  S-O-S to all ships at sea.  There is no online economic model here that will save the AKC.  None.  Zero.  Zilch.  It does not exist.

We are investing in customer relationship management and the development of a strong database of dog lovers across the country. Partnering with major tech companies like Marketo, whose team guides us in the implementation of improved customer management, allows AKC to put business intelligence at the center of business decisions.

Good luck with that!

We are focused on aggressively marketing and promoting AKC’s physical products that immediately appeal to every dog owner. Items like Reggie Box, a compact offering of toys and treats delivered to your doorstep, and Good Dog Helpline, a service that provides professional training insights on the other end of the telephone, are gateways for AKC to bring dog loving consumers into our world.

That last sentence is not even a sentence, but it's construction is a sight better than the idea behind it  -- call center dog training.

And what the hell is "Reggie Box"?  A quick Google find it's this fantastically overpriced sock of random crapola that no one who has ever had a dog would ever buy.

And no, I am not making any of this up.  Anonymous call center dog training and an overpriced box of random crap tossed into a box is going to be paired with off-the-shelf marketing software to "save" the economic fortunes of the AKC.

Make a better dog?  That's not even on the agenda! 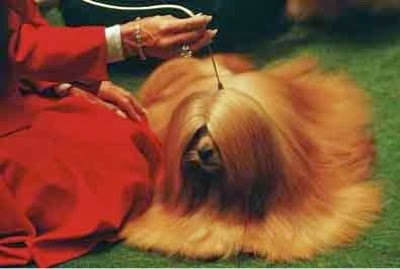 The decrease in the rate of the nosedive may be a blip, or it may reflect the ACK starting to burrow into the harder substrate of its core constituency, the die-hard fancy fanciers. They will continue to register their litters, but fewer of their buyers will register the dogs individually, and this group is also dying.

Literally, as the breed-ring biddies check into nursing homes, nobody young and useful steps in to take their places.

I will riverdance on the AKC's grave, and I will be young enough that it will be a fairly lively, if never graceful, performance. What is needful now is that those who love and value and need and use dogs continue to practice containment, to limit the damage they do as they destroy themselves

The AKC is selling branded merchandise like dog toys, leashes & beds. I have seen them in "truck-wreck" grocery stores and dollar stores - where they are very cheap, and also overpriced. They also have (had?)a lost pet microchip/recovery outfit.
Next they'll be announcing a line of pet food and treats marketed by Walmart...

I'm just wondering why established breeds like the Rat Terrier and the Russell Terrier wants to be in the AKC at this late date. Seems like people jumping on the Titanic as it sinks. They already have a breed registry. What more could they want. Except to screw up their dogs.

Well if AKC goes down the white porcelain hole, good riddance, say I. What worries me, though, is what, if anything, will replace it in the realm of stable long-term pedigree record keeping. I see nothing at the moment that could do the job, and apparently little interest amongst younger dog-world people in finding new solutions. I wrestled with this question myself, trying to set up in 1997 a single-breed animal pedigree organisation -- which though it had higher and better standards than AKC and CKC, was too ambitious for a tiny developing breed, and over-controlled at that. Since that failed, I have conceived of a "registry without breeds" which might circumvent the dog world's crippling breed-club/dog show politics by acting solely as a passive keeper of canine ancestry records without categorising them, leaving it strictly up to the individual breeders what to do with the information thus preserved. NO interest in that from anyone; perhaps an idea ahead of its time. (Link to article for anyone who might be interested.) Personally I'm one of the dinosaurs, a long-term committed breeder from an earlier era -- meaning I know who people like Lloyd Brackett and Max von Stephanitz were. The millennials don't seem to connect with those older cynological values. If nothing fills the void once AKC has died of obsolescence, stenosis and sclerosis... then what to say? The dog world will be a very different place, probably more fluid and less well-defined, but beyond that my crystal ball clouds up. What do YOU think, Patrick?

Every time I see that chart of AKC registrations, it strikes me that it looks suspiciously like Virginia, where a certain AKC hating Terrierman lives. Coincidence? I think not.