I Develop a Hole in My Life

My 84-year old father, who had been struggling with hydrocephalus for a few years, took a very serious fall last Wednesday morning at about 2 am and hit his head.


What followed was massive inner-cranial bleeding, a coma, a do-not resuscitate order, and hospice.

He died on Monday morning.

David M. Burns was born to the town drunk in the poorest town in Kentucky, never graduated from high school, and yet he got his GED in the Air Force, graduated from Princeton, married the love of his life, Sandra Dunlop, toured the world as a representative of the U.S. Government (living in Syria, Lebanon, Iran, Zimbabwe, Mali, Tunisia, Morocco, Algeria), learned both Arabic and French, bought and gave to the State of Kentucky a square mile of land to protect an old growth forest forever.  He started the first climate program at the American Association for the Advancement of Science, wrote the first editorial on climate change in The New York Times, built a custom house on Dupont Circle just a few blocks from my office, and toured the world with the Buck Clayton Quintet playing upright bass and trombone.

He married well and stayed married for 58 years. He was the straightest and most honest man I ever met.

He saw the world with my Mom, who came from a small town in Kansas. They went everywhere, from Petra to the Kyber Pass, from Paris to Machu Pichu, from Alaska to the Amazon, from Mexico to Vietnam. I was very lucky to have him as a father, and I am very lucky to still have my mother just five or six blocks from where I sit most days.

I am proud to be my parent's son.

Now I have a hole in my life, but there is some comfort, as my father knew that Nothing Loved Is Ever Lost, and he even made an album with that title. 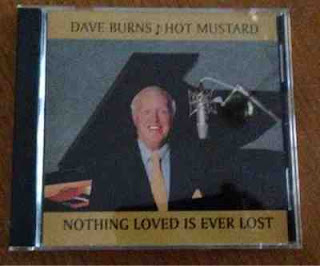 I was playing that CD in the car one day, and a track came on called "Lulu's Back in Town," written in 1935.  It's a great tune, and my favorite on the album, as it's a very upbeat and amusing number that recounts a fellow getting decked out for his girl.

Gotta get my old Tuxedo pressed
I gotta sew a button on my vest
'Cause tonight, I've gotta look my best
Lulu's back in town

The song had just about ended when a small voice came from the back seat. It was my son, age 6 or 7.


Yes Austin, Grandma is Lulu. Grandma was Lulu every damn day since the moment he met her. And she still is. 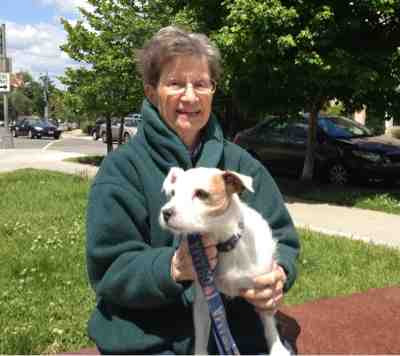 My sincere condolences to you and your family.

Great story. So sorry for your loss.

All my condolences -- take care.

With sorrow and respect,
Tom Hardy

A moving tribute, Patrick. You were fortunate to have such a Dad.

As always, thanks for sharing and writing. Great picture of "Lulu" and Pearl.

I am so sorry to hear this news, Patrick. Your wonderful words will ensure your father will live on in the memories of even more people.

No matter how old you are, it always makes you feel like an orphan.

Thinking of you at this tough time.

"To live in hearts you leave behind is not to die."

What is remembered lives.

I read your tribute when he was hospitalized. You have a lot to be proud of in your father, and the man he helped make you.

My sympathy to you and your family.

sorry for your loss, and my heartfelt condolences to you and your family. May the woods your dad preserve grow tall and old!

So sorry for the loss of your father.

So sorry for your loss. Touching tribute.

your Dad lived a wonderful and exciting life.

What a very moving tribute, Patrick. Your words have made me feel part of your family and in so doing you have made me deeply feel your loss. My thoughts are with you and your family.

Our thoughts of you this morning from Washington state. We wish comfort for you and your family.
Sincerely,
P.Dog and Pack

I can see why you're the man you are. Your father lived enough for 10 lifetimes. So sorry for your loss.