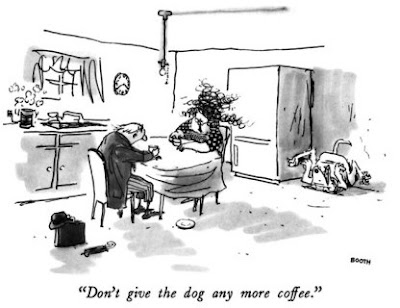 The Humane Society for Shelter Pets:
As I have noted in the past, when you respond to a Humane Society of the U.S. (HSUS) fundraising letter, 70 cents out of every dollar goes to fund more direct mail, and almost none of your donations (less than 1%) goes to shelter animals. What happens to the remaining money? The remaining money goes into stock portfolios and to fund attacks on farming and agriculture. Now, the agricultural world is fighting back with a simple idea that will only benefit dogs and cats. Two weeks ago they launched The Humane Society for Shelter Pets with full-page ads in four major newspapers and a website. The ads show a sad-eyed dog and ask people to help by donating to local shelters, NOT the Humane Society of the U.S.   Of course Wayne Pacelle of the HSUS is up in arms about any campaign that would actually help shelter dogs and cats and expose the Big Lie his organization is built upon. Wayne Pacelle is upset? Excellent! Let's make him even more upset. Please let the world know through Facebook and G+ that donations to HSUS do NOT help shelter animals and that if folks want to give to a local shelter this holiday season (please do!) all they have to do is click here to find a worthy recipient for charity donations.

Socks Filled With Meat:
No, we are not talking about Congress. Apparently, socks filled with meat are one way to get good camera trap pictures of fishers, a type of large weasel.

Killing Badgers by the Thousands in the U.K.:
After banning the hunting of badgers with terriers and shovel, the geniuses who manage wildlife in the U.K. have discovered they are neck-deep in badgers (there are now more badgers than fox) and that the animals have a role in spreading TB to cattle.  What to do?  They have trapped and shot thousands of badgers, but that it not efficient enough, and neither is trapping and inoculation, so now they are setting out carcasses to draw in badger and they are gut-shooting them from a distance.  The idea of licensed terrier work and managed hunts seems to be more than the British can wrap their brains around.

University of Montana Hot Tub Party:
This picture should be in the college catalogue.  In fact, it should be the cover.

A Nice Hook:
The movie is entitled Salmon Fishing in the Yemen.  A fish out of water story I am guessing.

Everyone Hates Newt Gingrich?
Apparently all the Republicans who used to work with him "hate him like like they hate a bowl of cream of tapeworm soup".

One Nation Under Cash:
80 percent of the money sloshing around in America's SuperPAC warchests comes from just 58 donors.

Transgendered Sea Anemone are Denounced by Clergy:
A coalition of Baptist clergymen are speaking against the Telia felina, a transgendered sea anemone they are decrying as “base and depraved.”  “This filthy anemone, which exhibits both male and female characteristics, is turning our oceans’ intertidal zones into dens of sin and perversion,” said Rev. William Chester, spokesman for the Save Our Seas Coalition, a Huntsville-based activist group dedicated to “the preservation of aquatic decency and morality.” “For God knows how long, this twisted sea creature has been running rampant in our oceans, spreading its unnatural, bisexual lifestyle. And it’s high time somebody took a stand.”  >> Read the rest here from the Onion.
God Depends on You, But Science Does Not:
In the beginning, Man created God in his own image.  Or, as Penn Jillette puts in his book, God, No!: Signs You May Already Be an Atheist and Other Magical Tales:  "There is no god and that's the simple truth. If every trace of any single religion died out and nothing were passed on, it would never be created exactly that way again. There might be some other nonsense in its place, but not that exact nonsense. If all of science were wiped out, it would still be true and someone would find a way to figure it all out again."

Coffee is Pure Awesome:
Here's a little video that tells you why.

Email ThisBlogThis!Share to TwitterShare to FacebookShare to Pinterest
Labels: coffee and provocation

I couldn't get the "cream of tapeworm soup" link to work, is it just me?

Fixed the link. Moving a bit fast this morning!