This is what is required. 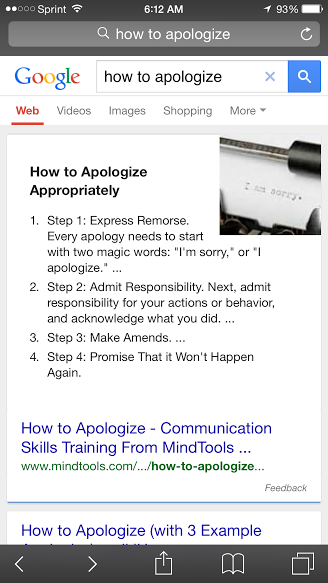 I wondered about those two blogs,
now I know.
Thanks

Old story. Man has a crush, love is unrequited, man stalks and then bashes the person he once fancied.

Retrieverman fell out of my favor long ago, back when he outright stated that if you use Koehler's advice in training, you will eventually end up like the man who was caught on camera viciously kicking and beating his dog during an elevator ride...and then calmly walking off at the end as if nothing happened.

I do not tolerate such closed-mindedness, and as I wish my character to be judged favoriably, I choose my company a bit more wisely now.

Which is sad, since he did have some interesting things to say on the retrievers and the way they're going in the show ring.

(Then again, regarding his non-retrieving retriever, consider the massive number of average people who own various retrievers who do not enjoy swimming and do not retrieve so much as they play "catch me if you can." He's really in good company in the long run.)

Ironic, in that some will read this and scoff at me for doing just the exact opposite in having stuck with your blog for so long.

So Scottie Westfall III is now slandering the late William Koelher too?

Nice to be in such stellar company!

William Koehler was a dog trainer for Walt Disney studios for 30 years, who literally wrote the book on dog training for the AKC, and trained more bird dogs than "Retrieverman" has ever seen.

Before working for Disney, Koelher was a Principle Trainer for the U.S. Military during WWII.

William Koehler trained more than 16,000 dogs over his career, including such famous movie dogs as Asta the terrier, Big Red, Wildfire, and Boomerang.

Scottie Westfall III has never shown dogs, trained dogs, vetted dogs, or hunted dogs. It's all book theory to him. This does not make him a bad person; it just means he has no actual experience. You would think a person in that situation would give a small tip of the hat to the *possibility* that he might be wrong. Could it be that all those world-famous people who have spent 20, 30 and 40 years succesfully training dogs (Koelher, Millan, Breeland, Deely, etc.) *might* know a few things that he does not? Scottie does not think so. He can tell you what every one of them did and is doing wrong. Just don't ask him what he himself has ever done right. You see, his own dog still can't hunt!

I have searched and the blog entry in question seems to no longer exist. The video is still up, as are the comments, but the original words that accompanied the video seem to have been edited. Westfall's comment that got my brain in gear is the 4th one down.

What's even more hilarious is that, a short time later, he posted an entry (that's still available today) stating that there will be no more mention of Koehler.

I'm guessing that's because there was such a backlash to the "abuse" blog, and his little band of positive-training acolytes (one of which used to come here and also over at Heather, IIRC--remember EmilyS?) could not hold their own through emotion against the onslaught of experience, logic and open-mindedness shown by other trainers who slammed the video, and the libel, for what it rightfully was.

Interestingly enough, he actually references his Koehler book, page number and all. This was posted in March 2010.

On a blog comment dated March 2009 (almost exactly one year earlier), he states that he sold his copy to a used bookstore.

Maybe he missed it so much he had to buy it back?

Reading back through those comments, I read some I wrote that I would abolutely love to wipe off the internets. Gah.

It's time to start popping some corn. The fun is just beginning.:)

And as for your comment "Scottie Westfall III has never shown dogs, trained dogs, vetted dogs, or hunted dogs," he HAS trained dogs, at least to where he is apparently satisfied.

He's just been lucky to end up with extremely biddable retrievers who can be trained with positive-oriented techniques. As you stated way back in the day, KNOWING how to use other training tools other than a soft voice and a food treat has its advantages. This knowledge has not yet been demonstrated.

I have seen plenty of golden retrievers trained appropriate with training collars, both slip and pinch, to no adverse effect. Rather, it helped them become BETTER pets and deepened their relationship with the owners involved. To insinuate that ALL goldens are as soft as the ones he ends up with is absolute piffle-snaffy.

Especially considering that he's written about how goldens, especially show-line specimens, are becoming more aggressive as of recent.

And when it comes down to it, I have seen dogs with no inclination to fetch at all (much less the genetics) taught the concept of taking something in the mouth on command and giving it to hand, without the use of an earpinch or "force-fetching." My guess is that Westfall doesn't WANT his dog to retrieve, despite the fact that it is a dog bred to do so.

I say that with some certainty because I'm pretty sure that he would never get a show-line dog, after reading his damning entries about how show goldens are too large, too heavy and too furry to do the job in the field. However, I'm not sure if Miley (name of his current dog, IIRC) is a recue or not, so perhaps my speculation about her origins and genetics is inappropriate.

Novus, you have it right. I had not thought of it that way, but it's clear when phrased as you did.

Chas., there's no back and forth here -- I am not at war, just setting the record straight. Hopefully, this is a "one and done", but of course a stalker WILL stalk, won't they?

Several people emailed me saying their general impression of these two are that "these dudes" are cracked" (to quote one) but they did not want their name or email to show up out of safety and harassment concerns. Two people emailed me relate their own internet stalker stories, so it seems I am not alone.

Just to be clear, I am not scared one whit by these kids -- they are nothing but fence barkers who simply need real jobs and real responsibilities to occupy their minds. Nothing would have been said if Scottie had nothing issued a threat. When people make threats, I find it's always a good idea to hold up a mirror or a camera, and I have done that before as readers of this blog know. See >> http://terriermandotcom.blogspot.com/2010/10/you-call-that-knife.html No worries here. I have me crazies before and I am still standing!

Along with slandering world-famous dog trainer William Koelher, Scottie Westfall III also claims expertise on wolves and dog pack dynamics, and never mind that he has never seen a wolf and owns but a single dog.

A reader of Scottie's blog (not me!) sent his post claiming there was no dominance in wolf packs or among feral and tame dogs to a REAL expert on wolves and feral dogs (Dr. Mark R. Johnson) and asked him for his opinion.

Dr. Johnson was not only the veterinarian for the Yellowstone wolf introduction project (the largest wild wolf packs in the world are in the Yellowstone), he is also the author of the "Feral Dog Blog," and an international consultant on the handling of wolves, feral dogs, and other wildlife.

His answer to Scottie's claims that there is no dominance in wolves and dog packs can be read here >> http://feraldog.wordpress.com/2010/03/15/is-dominance-always-bad/

This is a very graceful response (read the whole thing!), and among several points made is that the work of wolf biologist Dave Mech has been misinterpreted. Mech himself weighs in on the comments section, saying Mark has it just about right in this post (read the post!)

Of course, if you actually take the time to READ Mech's work, you can see he actually tracks dominance among wolves and has filmed it as well.

As for the Yellowstone wolves, dominance and aggression among and within the free-flowing packs in Wyoming, Idaho and Montana has been well-doumented and filmed by wolf expert Bob Landis, as I note (and show with Landis' video tape) here >> http://terriermandotcom.blogspot.com/2010/03/dominance-creates-and-maintains-wolf.html

This is the story of the Druid Wolf pack, once the largest wolf pack in the world, and which now no longer exists due to inter-pack dominance and aggression issues. Read the entire post and see the video tape too; it's a quite a good story.

Scottie, of course, continues to say dominance and aggression in wolf and dog packs does not exist.

Dominance issues, it appears, are every bit as real in wolves and dogs as they are in the pecking order of chickens, or the hierarchy structures we see in the world of humans, wild sheep, elephants, elk, deer, and lions.

Novus beat me to it. Boyo had a crush and then threw a tantrum when you turned him down for prom.

hee hee. I love you, man. I pop in and out of your blog. It is entertaining and informative. I followed BarkObama every day. Have seen some of the dreg Retrieverman puts out and pegged him as not worth thinking about.

Right now, Scottie Westfall's enthusiasm exceeds his capacity.
He is young, and will grow up and be a fine person in time. I have no doubt on that. We all start somewhere and that's a good thing.

The thing Scottie forgets is that there are a LOT of people who have been in dogs for decades and these people have all seen a parade of instant experts, fakes, and pretenders come and go, often snorting and forking like young bulls in a China Shop.

In fact, the reason dogs are in trouble is because so MANY of these people show up, lecture the world about dogs based on their 10 minutes worth of actual experience, breed a few litters for ego, cash or pretension, and then move on to some other passing fancy.

Scottie would do well to find an old fellow in his own neck of the woods who would be willing to take the time to teach him and his dog how to retrieve. Yes, there are old men and women out there with something to teach us all, and if you talk to them nice, buy them lunch, and tell them they are not idiots, they *might* take the time to teach! At least, that's my experience. I have learned a lot from old men and young dogs. And I am still learning from both.