You Call That a Watchdog? 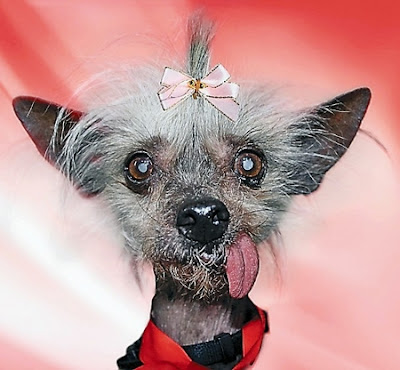 Bernie Madoff stole $60 billion because the SEC could not see past its nose.

The economy tanked under the subprime banking fiasco because the SEC could not find a hotdog if given season tickets to Yankee Stadium.

So what is Congress' response to all this?

Believe it or not, it's to cut the enforcement budget of the SEC while giving a $200 million cushion to the liars, cheats and thieves on Wall Street.

From The New York Times come this excellent analysis from Daniel Rosenbaum:

The economy is still suffering from the worst financial crisis since the Depression, and widespread anger persists that financial institutions that caused it received bailouts of billions of taxpayer dollars and haven’t been held accountable for any wrongdoing. Yet the House Appropriations Committee has responded by starving the agency responsible for bringing financial wrongdoers to justice — while putting over $200 million that could otherwise have been spent on investigations and enforcement actions back into the pockets of Wall Street.

A few weeks ago, the Republican-controlled appropriations committee cut the Securities and Exchange Commission’s fiscal 2012 budget request by $222.5 million, to $1.19 billion (the same as this year’s), even though the S.E.C.’s responsibilities were vastly expanded under the Dodd-Frank Wall Street Reform and Consumer Protection Act. Charged with protecting investors and policing markets, the S.E.C. is the nation’s front-line defense against financial fraud. The committee’s accompanying report referred to the agency’s “troubled past” and “lack of ability to manage funds,” and said the committee “remains concerned with the S.E.C.’s track record in dealing with Ponzi schemes.” The report stressed, “With the federal debt exceeding $14 trillion, the committee is committed to reducing the cost and size of government.”

But cutting the S.E.C.’s budget will have no effect on the budget deficit, won’t save taxpayers a dime and could cost the Treasury millions in lost fees and penalties. That’s because the S.E.C. isn’t financed by tax revenue, but rather by fees levied on those it regulates, which include all the big securities firms.

A little-noticed provision in Dodd-Frank mandates that those fees can’t exceed the S.E.C.’s budget. So cutting its requested budget by $222.5 million saves Wall Street the same amount, and means regulated firms will pay $136 million less in fiscal 2012 than they did the previous year, the S.E.C. projects....

... Given the magnitude of the S.E.C.’s task, Congress could make Wall Street firms pay more and not less to police the mess they helped create. A government that wants to hold wrongdoers’ feet to the fire and prevent future abuses could finance an S.E.C. enforcement surge analogous to the military’s strategy in Iraq and Afghanistan. Congress could fully finance the S.E.C.’s requested $1.4 billion — and add another $100 million for technology spending. The $1.5 billion would be paid entirely through fees. Financing the S.E.C. adds nothing to the federal deficit and, on the contrary, will help reduce it. It is an investment that would most likely generate increased fines and penalties that could be returned to defrauded investors and taxpayers.

Who is to blame for the sorry state we are in?

So long as Congressional elections are funded by big business, we are going to have Payola Politics of the first order.

Email ThisBlogThis!Share to TwitterShare to FacebookShare to Pinterest
Labels: economics, Politics and politicians