Who Supplied the Hound of the Baskervilles? 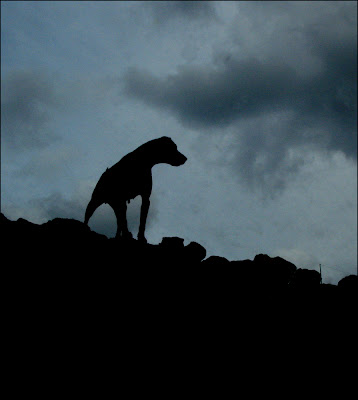 In the Sherlock Holmes story, The Hound of the Baskervilles, we learn the origin of the enormous dog kept on the moor by John Baskerville:

"The dog he bought in London from Ross and Mangles, the dealers in Fulham Road. It was the strongest and most savage in their possession. He brought it down by the North Devon line and walked a great distance over the moor so as to get it home without exciting any remarks."
. . . . . . . . . - From The Hound of the Baskervilles


So the dog was acquired from a dog dealer.

But who was this dog dealer?

Ross and Mangles did not actually exist, at least, not under that name.

Yet there were Victorian-era dog dealers, and one shop in particular was the likely spark for "Ross and Mangles," as it was the most notorious source for fighting dogs in all of England.

The yard in question was originally owned by Ben White a famous provider of pit-fighting dogs whose premises were located in Kensal New Town, an Irish part of the Borough of Kensington and Chelsea, just a few miles from the Fulham Road address cited by Sir Arthur Conan Doyle.

This area of London is also cheek-to-jowl next to Notting Hill, and in The Hound of the Baskervilles, we are told that the criminal ‘Seldon’ is also known as "the Notting Hill murderer."

It was Ben White who provided the pit fighting dogs that were used in the famous lion baiting spectacle put on by menagerie-owner George Wombwell. This tragic bit of sadistic money-grubbing resulted in the maiming and death of six dogs, and sparked such outrage it eventually led to an 1835 Act of Parliament which banned animal fighting altogether.

Sir Arthur Conan Doyle not only knew of Wombell's lions, he even mentions Wombell in one his stories! 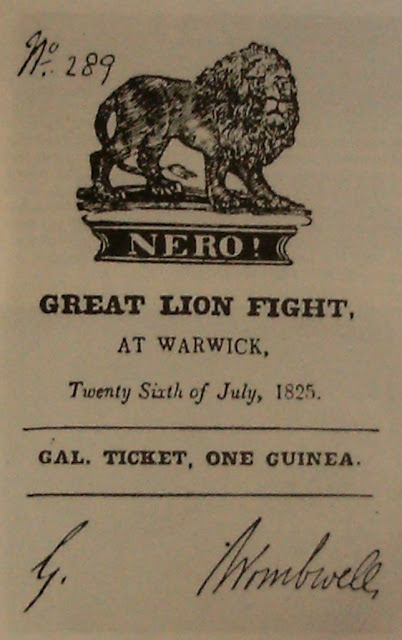 In 1835, the very same year that Parliament passed the ban on dog and animal fighting, Ben White died and his apprentice, Bill George, bought the business from White's widow.

But what exactly was this business now that dog fighting had been made illegal?

Clearly, Bill George would have to reinvent it if he was to stay afloat and inside the law.

Bill George had spent 10 years as White's apprentice before taking over the business, and he was a natural promoter. One of his first acts was to rename White's modest house and bulldog yard "The Canine Castle."


Now, with a mere name change, Bill George had established that his dogs had an aristocratic and storied provenance. Perfect!

The next job was to create a segmented market for his dogs by breeding three distinct types of bulldogs, as well as offering up a variety of lurchers, hounds, terriers and lap dogs for every sort of pet-dog customer that might cross his threshold.

The largest of the "bulldogs" offered by Bill George were animals descended from Spanish Mastiffs and Alaunts which Bill George imported and bred.  Few people had the money and space to feed such a dog, but there was always a steady demand for an imposing beast, and Bill George was more than willing to fill the demand.  A massive bandog would have been the kind of animal John Baskerville sought out in order to help him put a claim on the family fortune in The Hound of the Baskerville's.

The second type of bulldog sold by Bill George were "English Bulldogs." These were not sold as fighting dogs, but as companion animals, and they were created by crossing old fighting dogs with Chinese Pugs. The resulting animals had flatter faces, shorter legs, and heavier bodies than the old pit fighters -- and they also tended to have fawn colored bodies and pig tails to boot.

A third type of dog was also in evidence. These "Toy Bulldogs" were the runts and rejects created as a by-product of bulldog-pug crosses.  It was hard to pass off these dogs as "English" bulldogs, so Bill George and other dog dealers of the era took a page from the rat-catcher and dog dealer Jack Black, and found a steady market for their cast-offs in France, where they served as the foundation stock for the "French Bulldog."

Bill George died in 1881, and the character of Sherlock Holmes first appeared in print in 1887, but the actions taking place in the Holmes stories are supposed to have taken place earlier, so Bill George would have been a contemporary of the fictional Holmes. 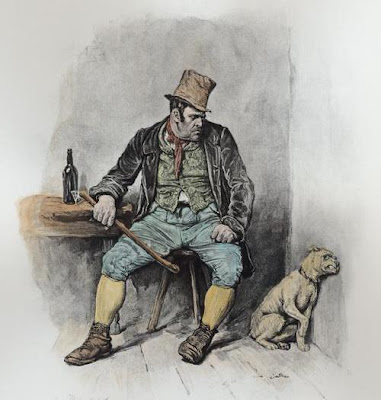 The bottom line: While the "Ross and Mangles" dog yard was a fiction, a real-world analog did exist at the "Canine Castle" of Ben White and Bill George. Sir Arthur Conan Doyle not only knew of this yard, but he sited the "Ross and Mangles" yard only a few miles from the real Canine Castle, and made a further allusion to the location when he made Seldon the "Notting Hill murderer."

Nice piece of history, as always. I gotta show some bandogs to my mother; she loves this Sherlock's story and always consider actual look of the dog.