Something Failed, But Maybe It's Not the Dog 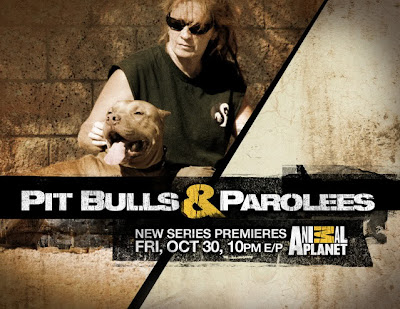 Over at The Thoughtful Animal Jason Goldman asks:

The question that I wish to consider is this: is a significant portion of the two million shelter dogs killed each year simply the individuals with the lowest adaptive fitness? Do they end up in shelters because of significant aggression or other behavioral problems? Are they, essentially, failed pets?

And, of course, the answer is YES. They are definitely failed pets.

Was it the dog or the breeder?

Was it the owner, or the information, placement, and marketing system?

And what does it say that 50% of all dogs being put to death in this country are Pit Bulls?

Is the dog a failure, or is it the information system that says Pit Bulls are like every other dog?

Or is it the breeders, and the breed-blind apologists who argue that it is better to kill a million Pit Bulls a year rather than intervene in any way to slow down the never-ending influx of these dogs?

No doubt this post will generate a lot of palaver from those who will say there is nothing we can do, and nothing we should do.

At the most, some will say we need to tell everyone they should adopt a Pit Bull because they are like every other dog in the world!

Crank up another show on Animal Planet with dwarves, ex-cons, biker gang members, and tattoo'd strippers to showcase how Pit Bulls are normal dogs for average suburban families

Message received all over.

And when can we start changing this failing game?

Having recently participated in a round-table discussion on BSL, I can understand the hesitation of certain breed aficionados to say nothing negative about their breed. It tends to feed into the foregone conclusions of certain lazy politicians. Especially when the politicians pushing for BSL are personal injury attorneys. In that entire process no honest communication took place from either side and both sides knew it.

There are absolutely dogs who should be labeled as "not for beginners." My own dog was returned to the rescue multiple times as being too much to handle. But not being a "beginner" I didn't have any difficulty molding her into a wonderful companion that can go anywhere and tolerate other dogs growling at us, strange toddlers falling on her, and watching wildlife from a raised patio deck without losing her mind and waking every occupant of every cabin on this side of the mountain. In the hands of someone who didn't understand German Shepherds and failed to provide firm leadership, her story would not have had a happy ending.

The dogs I give a pass to, they are what they are. In the right hands they will be great companions. The villains in this story are those who breed thoughtlessly and only for the money. The current popularity of "pit bulls" is a hold over from the gangster culture, but part of it is definitely the two edged sword of increased media exposure. Disney movies likewise "sell" dogs to people who have zero comprehension what they're buying in to.

Which takes us to the often-time inappropriate owner. They buy "pit pulls" because they are cute puppies, never imagining they will grow up and need serious guidance. They are easy to pick out of obedience class. They excuse every inappropriate move the dog makes with some fanciful tale. Their dogs seem to be highly stressed and regularly snark at the other dogs. They never ask a single question until they are begging you to help them find their uncontrollable dog a new home. The appropriate owners are also easy to pick out. They are consistent, firm when they need to be, and generous with praise when it's deserved. They ask a lot of questions and follow the advice you give them. Their dogs are relaxed and happy in class, and respectful of the other dogs.

So how do we change the game? I hate the thought of BSL because it penalizes the good and the bad. Rather than license dogs, maybe we should consider licensing dog owners (and parents, but that is a whole 'nother discussion). I would like to see owners rewarded with more public access for reaching a certain testable level of training. I also think that dangerous dog laws, with teeth that hurt when they bite you are important. The owner of the dog that bit me last year got a $25 fine for allowing her Russell-ish terror to run loose. I got medical bills that approached 5 figures, lots of stitches, lots of pain, and the satisfaction of seeing the dog continue to run loose. The animal control officer told me that they would take no other action against the owner because it was a small dog.

I have a terrier-mix (personality wise, she is half-cat, half-dog). I live in a high-rise in Chicago and one day as we're walking through the lobby, we pass a cocker spaniel, and a pit bull. The cocker greets my dog cordially, the pit bull jumps through it's owners legs and clamps its jaws over my dog's face, missing her eye by about half an inch.

After what seemed like forever, but was really 2 seconds, the pit bull owner manages to pry his dog off of mine, and then sits there with blood running down his hand and his dog snarling at mine trying to apologize.

After finally getting the pit bull out of the lobby, the owner comes back to apologize again and swears up and down that his dog has never done that before.

The guy didn't seem like your typical 'tough guy' pit bull owner, but his dog snapped and attacked anyway. I'm fortunate my dog escaped with two working eyes and a big nasty cut, but what the hell?

I would never get a pit bull because I can't trust them. I get nervous enough with my dog (who waits two days after you give her a bone to chew it, lest she somehow offend her previous master that taught her never to chew anything) anytime she's around kids. What could happen? And statistically she's got almost no chance of biting or attacking. A pit bull? It's statistical, not anecdotal evidence that should scare the living bejeebus out of pit bull owners.

Not sure what the conclusion is: but I'd be in favor of banning pit bulls from my building and my city.

@ Pestilence. Who failed in taht situation? The dog or the owner?
Owner obviusly.
That dog didnt try to kill you, it was trying to kill your dog, just like a terrier would a rat. Thats what a pitbull is bred for. Keep your dog out of reach.
I own pet rats. I dont let them run around jack russels or cats. Do i want to ban cats because they will kill my pet rat? No ofcourse not.
Should the owner of the pit be taken acountable for letting his dog go near yours. Sure. Should you be embarassed for letting your dog get near an unknown dog without checking with the owner? Yes.
Simple fix: humans start thinking.

What is wrong with the pitbull is the owner AND the dog. Too many wrong headed people own pitties, they are big intimidating and strong. Pitties are sort of like holding a loaded gun, the gun doesn't kill people, people kill people but if the wrong person picks up the gun then someone can die.
The pitbull is a heroic, brave, strong, loving dog who does exactly what his owner wants. If you want them to guard your kids, they are safe. If you want them to guard your valuables (house, car or drugs) they are guarded. But if you want them to kill other animals for sport, money or your fear, then animals will die. Pitties will literally die for you, and kill for you.
They are wonderful marvelous dogs, but to own one you need Experience, Maturity and Wisdom. Training should be required, tests should be given, licenses should be mandatory. Of course, I feel the same way about Rotties, Dobies, GSDs, Malinois and numerous other breeds. Oh, and breeding dogs needs to require all of the above mentioned stipulations also.
But then, I want a 5 year moratorium on breeding all dogs. Our dog cup runneth over and too many good ones going down the drain.

Debi and the Texas JRTs.

I have a little dog who rarely turns down a fight, and used to look for them. Over the years we've had run-ins with golden retrievers, labradors, boxers, other terriers, and lots of border collies. The one common type we've never had any trouble with are the staffordshire terriers (the 'pit bulls' here)are the must-have accessory for teen males. They've never even growled at us, and are always passed with no trouble. The dogs we have to watch are the off-lead ones with their families.

After passing three staffies and their young owners at the beach, without their dogs so much as looking at us, we met a family with two yorkshire terriers. They first ineffectually attempted to call their dogs as the dogs raced towards us barking and growling, and then shouted over "It's okay, they're friendly!". We had our dog picked up by this stage so no-one got hurt, and the 'friendly' dogs were jumping up and trying to bite our ankles.

Around here staffies have to be kept on-lead in public places. If the rules were enforced for all dogs, there would be much fewer problems. Maybe when the 'tough' dogs are brought out on long walks to show off, it means they get socialised as well? Or maybe they know what damage their dogs can do, whereas the owner of the aggressive labrador just assumes it can't really be snarling at everything that walks by because it's yellow.

This whole thing kind of reminds me of the children dilemma.

I'm very tolerant, even friendly-like, toward children that are well-behaved and "being kids" without being little snots or getting in the way of other people.

However, if they start to scream or carry on, annoy people, run amok, and generally be little snots, my tolerance vanishes and I begin to play around with the thought of giving their parents a "Come-to-Jesus" meeting.

With that said, I'd like to see a city try to ban children just because some parents don't seem to know how to do their job right. Granted, I know I would most certainly appreciate not having to hear the "B-but kids will be kids" and "It's different when they're yours" bleats from parents who really just can't be bothered to teach their children basic manners or hire a sitter when they go out to dine in a restaurant.

I'm sure that would go over like a lead balloon. It'd be rightfully screwing the parents who raise their children in a way that produces manners and respect, while still letting them be children without being little snots.