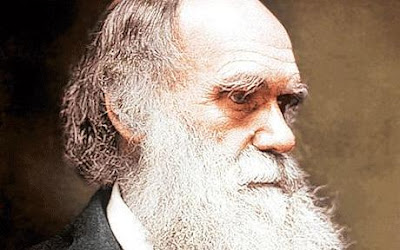 Old Darwin is pictured, because he looks cooler than young Darwin.


It seems Charles Darwin was the first person to "terra form" anywhere in the Galaxy. As the BBC reports:

Today, its peaks are covered by lush tropical "cloud forest".

What happened in the interim is the amazing story of how the architect of evolution, Kew Gardens and the Royal Navy conspired to build a fully functioning, but totally artificial ecosystem.

Yep, Charles Darwin had an entire arid, barren volcanic island planted in vegetation from Kew Gardens, and today large chunks of it are a lush tropical Eden. Amazing!

As the BBC reports:

Ascension was an arid island, buffeted by dry trade winds from southern Africa. Devoid of trees at the time of Darwin and Hooker's visits, the little rain that did fall quickly evaporated away.

Egged on by Darwin, in 1847 Hooker advised the Royal Navy to set in motion an elaborate plan. With the help of Kew Gardens - where Hooker's father was director - shipments of trees were to be sent to Ascension.

The idea was breathtakingly simple. Trees would capture more rain, reduce evaporation and create rich, loamy soils. The "cinder" would become a garden.

So, beginning in 1850 and continuing year after year, ships started to come. Each deposited a motley assortment of plants from botanical gardens in Europe, South Africa and Argentina. 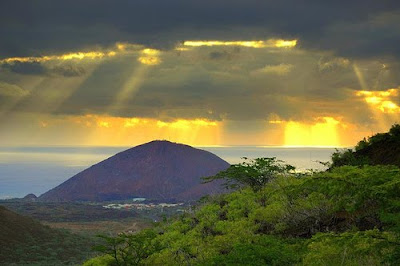 This is what the view from Green Mountain, Ascension Island, looks like today.

Not all of Ascension is this scenic, of course; there are still massive lava and ash fields where nothing will grow, but terraforming is a process, not an event.

And Charles Darwin, believe it or not, was doing it first.

Of course, even here one can quibble. You see, Ascension once had a native flora, but it was wiped out by Portuguese goats, rabbits, sheep, rats and donkeys. When Darwin got there, however, barely a blade of grass was left. So technically Darwin was recreating Paradise, rather than creating it. But still.... pretty cool.

Yep, it's happened before and will continue to happen as the very visible hands of men and women meddle with this planet. The great estates and palaces of Europe are some very artificial creations we admire positively and our industrial wastelands of mines, factories and, now, shopping sprawls are artificial creations of the negative we now depend upon.
It's fascinating to see the successes and heartbreaking to see the results of these experiments when they go wrong.