Are You Terrified of a Suburban Park? 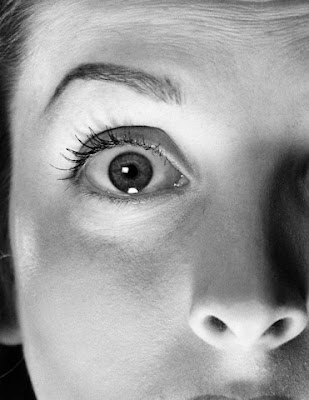 If you came across this paragraph what would you think?

Yesterday at the office, there was a brief discussion about suburban parks among a few of my friends. The story that triggered the discussion was familiar: there was a fight at the park, one parent was redirected towards trying to break it up, the other was unhelpful because the fight was "not her child's fault."

I'm not a fan of parks. Off the top of my head, I can't think of a parent that is.

The idea behind parks is laudable. Who can argue with a place where children can run free and play with each other? Even in suburban areas, space is at a premium and many people lack large fenced-in yards where a child can safely play.

The problem is most parks aren't a safe place to play either. What children are going to be there today? Are they going to be Christian children? Did they come with responsible parents? Are they healthy? Are they fully vaccinated? (Probably a better question than it was a few years ago, considering how reexamining vaccination schedules has turned to questioning vaccinations completely.)

The question regarding responsible parents is probably the most important one. I've been to a few parks and what makes me most nervous is how oblivious the people are. It really seems more like a cafe with a playground for kids than anything else. I fall more toward the "risk taker" end on the child/child interaction scale, but...park people can be downright insensate.

Would you think this person should be giving advice to other parents?

Would you think this was a good parent who had properly weighed risks and rewards for his child?

Would you question this person's knowledge base?

Would you wonder if this person really trusted their own child's behavior?

Would you be surprised to find this person sold herbal medicine, nutrition supplements, or aromatherapy?

As some of you guessed in the comments, this was originally written about dogs.

What was funny was that right below it was an article that said we should treat our dogs like kids. All I did was follow that advice and switch around a few nouns.

Did you see the bit about vaccines?

Apparently if other dogs are not vaccinated, and yours is, that puts your dog at risk of catching disease.

Really? That's at odd with everything ever written about vaccination, isn't it?

The author of the piece on dog parks is someone I have never heard of, but with a quick flick of the mouse I discovered that he got his first dog in 2000, and now sells his services as a dog trainer.

The same individual says there is no dominance in wolf packs, and cites David Mech as his authority.

Has this writer actually read Mech? I guess not. If he had, he would have seen that Mech says dominance postures are routine in wolf packs, and it is only because the hierarchies are understood that there is not more to-the-death fighting in wolf packs (though it still occurs).

Mark Johnson, the senior wildlife veterinarian for the Yellowstone Wolf Recovery Project, says the same thing and David Mech even chimes in on the comments to say he gets it right.

Caveat emptor. Anyone can hang out their shingle as a dog trainer, and frequently just about anyone does.

The advice being given here -- that people should be scared of taking their dogs to a dog park-- is exactly the kind of advice that results in dogs getting too little socialization and too little excercise.

Of course, if you are in the dog training business, maybe that passes as a business plan.

After all, poorly socialized dogs that don't get very much excercise are your bread and butter.

Dogs have been around a long time, and a few of us have owned dogs for more than 10 years. Use common sense. Observe. Read. Go slow. Remember that one wrench does not fit every nut.

Would you listen to a self-proclaimed child expert if he or she told you that you should not take your child to a park for fear it might get in a fight or catch a disease?

Would you listen to a dog expert with the same message?
.

The insistence that he is a risk-take is laughable! Perhaps they should go read this blog:

Things are wrong all over maan
SBW

"Would you be surprised to find this person sold herbal medicine, nutrition supplements, or aromatherapy?"

I don't see how one has to do with the other...

I was a free range kid by current standards, but a helicopter kid by 80's standards.

I feel so terrible for these kids - it's like people who won't let their dog have doggy friends. Same mentality - your dog/child can't possibly live up to the ridiculously high standards I have set for any one/thing that may interact with my dog/child.

I read the entire thing and substituted "dog" for "child" and put "dog" before the word "park." Somehow it made it a little less scary of a read. As it is, I was disturbed reading it as written, but that doesn't mean it's without a grain of truth. Some parents just don't do their job, unfortunately...and others go way way overboard. I'm no parent yet, but if I were ever to become one, I'd probably raise my kids like I train my dog: with balance.

(Yes, I disagree with dog parks, but they do serve a purpose for those who use them correctly and as such, I have no right to say that they should be banned!)

Too bad I never caught the religion of the kind people who took me and my dad to the hospital when I fell off the playground and broke my arm (my 2 brothers had to walk all 4 bikes home). Only a [insert appropriate religion here] would have done such a thing...those [insert some derogatory name for a non-Christian religion] would have just stood by and laughed at my misery.

I'd think the parent worries too much. If the kids get into a fight, BFD, and if the other kid isn't vaccinated, who cares, as long as your own kid is?

In my mind, this is what's wrong with America. self-absorbed, irrational, under-socialized, fearful, self-righteous AND superior. I have a young friend (in private Christian school) who is being taught to discriminate against people of different faiths and political persuasions. It makes my skin crawl. I'd hope this person would not be giving advice to parents.

im assuming you substituted dog & owner with kid & parent in this quote. If not, sick.

Q1: Sure anybody can give advice, just be careful how you listen to ;)

Q5: this is whats wrong with the western world. susan's points apply over here aswell for a large extent. Although we do not have so much Christian fundamentalism here. Our problem is fear of islam and a growing divide between a large group of 2-3 generation immigrants and the rest.
With many building fear & misunderstanding to gain power.

As a few of you guessed, this was originally written about dogs.

The article below it, on the same web site, said we should treat our dogs as kids.

See the addendum I have added below the original post.

For the record, there is a sensible word of caution to be made about dog parks, but it has to do with dog SIZE (most dog parks are made for larger dogs) and how a dog should enter at the gate. That's a different post about common sense and canine communication for another time.

The fact that any fool can hang out a shingle and collect money for 'dog training' isn't even the scariest part of it.

The part that really bothers me is that the poseurs rely on selling the kind of unicorns and rainbows feel-good advice people want to hear instead of the 'knuckle down and get to work' advice they generally need to hear.