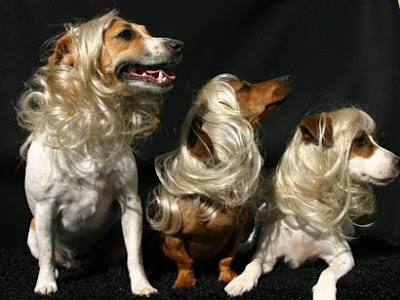 An improved version of this article appears in the Sept. issue of Dogs Today.

Whenever dog people get together, someone is sure to talk about "the breed standard" and how "form follows function."

It all sounds good, of course -- wonderful rhetorical chestnuts -- but it's pretty much nonsense.

Think about it. A working dachshund is a great little animal in the field and does the same work as a terrier, but it does not look like a terrier, does it?

By the same token, a Jack Russell Terrier does not look too much like a Border Terrier.

Smooth coats and rough do equally well in the field, as do coats of black, brown, white, or any combination in between. A folded ear is the same as a prick ear, a black nose the same as a liver-colored nose.

And is it any different for running dogs, molosser breeds, herding dogs, pointers, or retrievers? Does color of the coat matter? The "expression" in the eyes? No!

A working dog is defined by its work, not by its form. A retriever retrieves, a herding dog herds, a pointer points, a molosser guards, a pulling dog pulls.

That's not even true in that sentence!

Form is about form. Function is about function. At best there is a relationship when it come to gross body shape or size, but that's not what they are judging at the dog shows is it? Instead, the most minute and insignificant detail is elevated to importance by preening pretenders and a handful of people doing contrived "work."

And what is the result?

It can be seen in breed after show-ring breed: transvestite terriers, counterfeit collies, and bogus bulldogs. The dogs may look the part, but they cannot do the job.

The Saint Bernard has been reduced to such dysplastic dysfunction that the dog cannot hope to rescue anything. In fact, it is an animal that needs to be rescued!

And let's not even start with the show-line German Shepherd, with hocks so sprung it looks like a dog sired by a frog.

Here is a simple truth: you cannot protect and preserve working dogs without working them.

You cannot breed quality retrievers or pointers when your own dogs have never heard a shotgun.

You cannot gauge the sheep-sense and holding power of a good Border Collie by tossing a Frisbee.

You cannot judge the true grit of a Jack Russell Terrier with a rubber ball. A one-hour cart pull around a farm does not a sled dog make.

People who think otherwise are kidding themselves. They are the reason every working dog breed dragged into the Kennel Club has been ruined there.

These people sincerely believe that if they breed a dog that looks the part, it can do the part. But this misguided belief underscores their ignorance. What makes working breeds special is not what is on their outside, but what is on their inside.

"But why do we need that today," says the matronly show dog breeder. "No one works dogs today."

Really? Well, maybe not in their suburban world of shake shops and one-minute rice. It is true that in their world, there are no hunters, cowboys, Eskimos, or gamekeepers. In that world there are no rats, fox, bear, sheep, cattle, duck, geese or pheasant.

But these creatures exist outside the suburbs, and these people exist there as well.

In America, Australia, and parts of mainland Europe, dogs are still used to bust, hold and drive wild cattle and hogs.

Retrievers and Pointers are used as bird dogs the world over.

Terriers are still used for pest control, not only in the U.K., but also in America, Canada, South Africa and mainland Europe.

Dogs are still used for transportation in the Arctic, and rabbits are still brought to hand by running dogs the world over.

Is this work being done with Kennel Club dogs?

No. Not usually. And no wonder; form is not function.

No matter how attractive a man in a dress might be, no one who has a clue is going to take that "girl" to the prom.

And yet Kennel Club breeders will tell you, straight faced, that they are sincere in wanting to protect their breed.

And who are they trying to protect it from? Why unscrupulous people who are not show-ring breeders, of course!

And what do they intend to protect the dog with? A scrap of paper!

It is all laughable nonsense. And it becomes nonsense on stilts when people begin to talk about "the standard" as if it were a sacred text delivered to Moses on the Mount.

In fact, is there anything standard about "the standard?" I defy you to find a single canine standard that is more than 20 years old that has not been changed at least once.

Ironically, what is NOT part of any standard in the U.K. or the U.S., is a requirement that the dog actually be a proven worker in the field. That, apparently is not "the standard." That function is not required for the rosette. A black nose, is a "Yes," but working a dog to the task it was bred for is a "No."

And so we come back to the real meaning of "form follows function" as used by academics in the dog world.

For these folks the "form" being referred to seems to be a paper form showing the pedigree of the animal being displayed.

And "the function" these people are referring to is either the rosette from a show judge, or the cash to be gotten from a prospective dog-buyer. 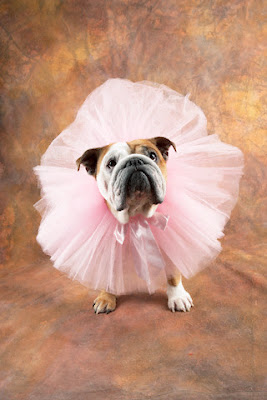 This is the best the UK's Kennel Club can come up with to say that these dogs are useful as working gun dogs: http://www.youtube.com/watch?v=Xe5mv1hKtsg

This is such a hoot.

Here's what they have to do to get that certificate: http://www.thekennelclub.org.uk/download/238/sgwc.pdf

Qualify at a trial. Qualify-- not place. And if it is hard show goldens to even qualify, that tells you a lot.

I guess it just gives the performance-bred dogs more dogs to beat.

I can also tell you one trait that golden retrievers don't usually have is loyalty. They seem to like all people equally.

I love it when you write this type of article. It really needs to be said over and over again!!

Once again, I applaud your candor. It and the subject of your posts continue to express my own trials and tribulations. As I am both a dedicated working dog owner and active member of the National Lacy Dog Association; the only working dog breed association, of which I am aware, truly dedicated to function.

Granted, we are both marginalized and obscure due to our purpose and breed, but we do our best.

Beginning this post, my intention was the request of copyright permissions, to quote a couple of lines on my personal website, but as I type, I am more compelled to request an RSS feed (which I do not see on this page).... A couple of simple quotes just don't do you or your articulation any justice.

Additionally, as you know, function is ultimately subjective sans available field trials. Because we are a cur breed not recognized by any of the big three national registries, we are relegated to proving our dogs in the totally subjective environment of non-sanctioned field events such as actual hunting and herding. If you have any suggested methods of objectifying these performance standards, which may be attainable by a small, marginalized group, please feel free to make suggestions.

Again, thank you for your work,

Sorry for the rambling, i found your feed.