Cheetahs Never Prosper ... Due to Inbreeding 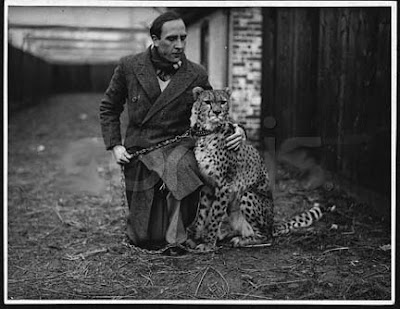 The Endangered Cheetah and Genetic Bottlenecks

The addition of the cheetah to the endangered species list last week was a sad blow to wildlife conservation groups that have fought hard to protect the species. However, in the past, the cheetah had been seen as a conservation success. What happened to drive the cheetah back to the brink?

The cheetahs didn’t need a push this time - the truth is, the species had never really recovered. Using outdated metrics, the cheetahs’ population had increased to the number that we believed was necessary for a chance at survival.

Unfortunately, the damage had already been done - the new cheetahs were descended from such a small population that there was little genetic diversity in this new population. To give you an idea how severely inbred the species has become, a skin graft from any cheetah can be put onto any other and will be accepted. Humans, on the other hand, have so much genetic diversity that there are probably members of your own family who would be too different for skin grafts to take.

When a population gets as small as the cheetah’s did in the past, there is no turning back. You can breed more animals, but the genes are lost forever. We can import genetically diverse members of another group, but since there are only ~15 cheetahs left in Asia, that’s not an option. Otherwise, it’s time to sit back and wait for mutation and evolution to take charge. This is a precarious position, though - the diversity of genes is what allows a species to adapt and to withstand external pressures, like famine, drought and disease - the lucky ones survive the hard times and the species gets stronger.

If genetic diversity gets as low as the cheetah’s, the whole species becomes vulnerable. Additionally, inbreeding will further damage the remaining animals and make survival ever harder for future generations, an effect known as inbreeding depression.

This indicates a weak and vulnerable population, as well as substantial inbreeding. Nothing terrible had to the cheetahs, this time - this was just a return to the effective population size. It was inevitable.

The attmept to keep cheetahs as sight hounds goes back a very long time.

Cheetahs do tame down nicely if habituated to humans.

However, they are very hard to breed. Emperors of India tried to keep them for that purpose, but they never could breed enough of them to keep a captive population. Male cheetahs are known for have lots of fertility issues (very high number of deformed sperm).

They have had a low genetic base for a very long time. This predates the widespread persecution and habitat destruction that the cats have suffered in the past few centuries.

However, those last two have pushed the cats over the edge. The cat's range in Asia is only in a small range in Iran (of all places). It now lives in fragmented areas in Africa. These areas are not open for cheetah migration, so the gene pools remain locked. This is affecting the cheetah the worst, because of its already truncated genetic diversity. But it is also affecting many game species in Africa, including lions.

I read somewhere, although I cannot find documentation, that all cheetahs are so closely related that skin grafts from unrelated cheetahs succeed.

BTW, cheetahs are not closely related to any other Old World cats. Their closest relatives are the jaguarundi and the cougar.

However, the extinct New World cheetahs, which once roamed over the megafauna populations we once had, are not directly related to Old World cheetahs. The closest relative of those cats is the jaguarundi, which is now considered to be in the genus Puma, with the cougar.

I highly suspect that the cat called an onza (cheetah) in the early Spanish documents of Mexico is actually a jaguarundi. (Of course, the cryptozoologists think that there were still a few New World cheetahs left. They can think that, but they are wrong.)

See "The Beautiful and Damned", an essay by David Quammen, for more on the cheetah's genetic bottleneck. It can be found in his collection The Flight of the Iguana (1988).