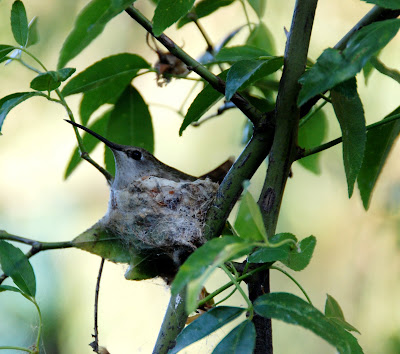 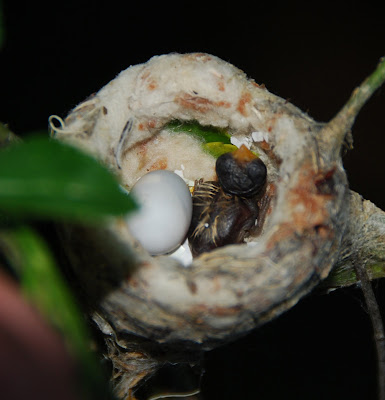 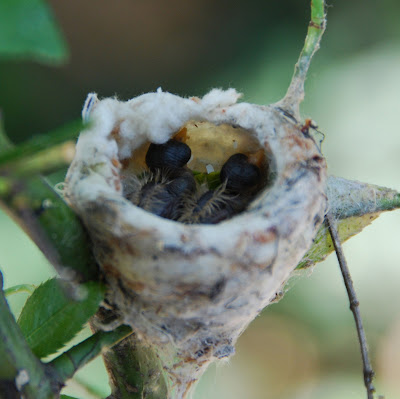 A couple of great pictures of a hummingbird nest and babies from Scott K. in California (i.e. "Gangster Jack Russells and a couple of patterdales").

Two Calliope Humminbirds weigh the same as one U.S. nickel (5 grams), and they make solo migrations in winter to south and south-central Mexico, making this the smallest breeding bird in North America, and the smallest long-distance avian migrant in the world!

The nest of most hummingbirds are made from spider webs with little bits of moss and lichen tossed in for bulk. Click on the pictures to enlarge. Isn't Scott a great photographer?

Email ThisBlogThis!Share to TwitterShare to FacebookShare to Pinterest
Labels: birds