Happy in the Hedge 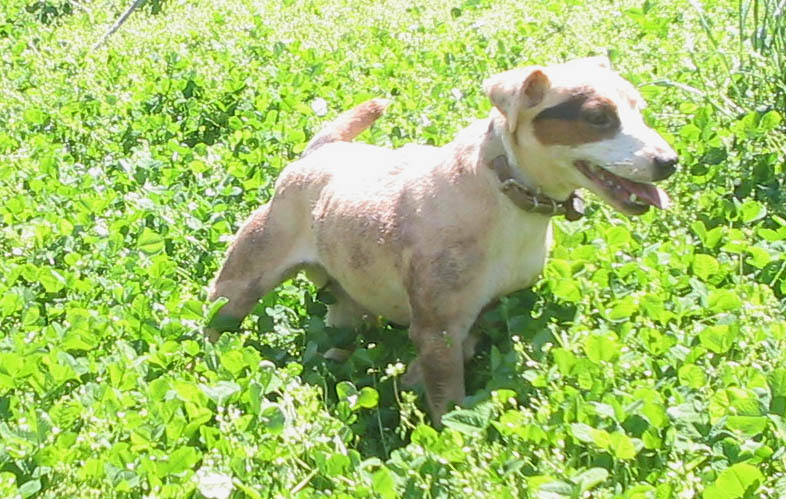 Mountain fresh from the hole.


Today was nice and cool -- actually a little cold with the wind howling over the flat fields, but sunny all the same, and it was nice if you could get out of the wind. The ground was in good shape too; not the sloppy mud it had been a few weeks ago, or the hardpan it is going to be by mid-summer. In short, a day to be grateful.

Pearl got left behind on this trip as her lip is still knitting up, and so it was just Mountain and me. I could tell Mountain was pretty happy to have me all by herself, and I kind of liked the setup too. One man, one dog, a sunny day, and not too many worries. What else could you ask for?

The day was generally uneventful, with Mountain sniffing at a few blank holes and then spending a lot of time in and out of a complicated ten-hole sette. She never found there, but she was not giving up either, so I finally picked her up and moved her on.

A little way down the field Mountain bolted a groundhog from a brushy sette at the base of a tree, and the groundhog took off up the trunk, whistling the whole way. This was a Spring-skinny groundhog and should be fatter by the Fall.

Yes, they can climb trees.

On the way back to the truck, Mountain found again in a nice dirt sette, and I dug down three feet, put in the shovel, and let it bolt to freedom. I was pretty hungry, so we headed back to the truck for a snack and a little water.

It was still early in the day, so I swung by Nick's to check out the fields. I'm glad I left Mountain in the truck while I checked the old groundhog sette under the chicken coop, as one of the hens came up behind me and pecked me on my leg while I was otherwise occupied. A bit of a suprise! This is the first time I have seen the hens out on their own, and they were as curious as cows, and about as unafraid. While Mountain is pretty good with large stock, I make no promises with chickens, so she stayed in the truck.

The fields were newly disked, and so I will remember to come back in June to look for groundhog holes. In the interim, I notice that the Barn Swallows have returned from Brazil, which is always a nice thing to see. They are amazing flyers, zipping and falling in figure-eight patterns over the fields, scarfing up unseen insects.

On the way home, I stopped for a few minutes at Lilypons to scope a few birds and see if the frogs were out yet. The Redwing Blackbirds are back and easy to spot on the cattails, and both Purple Martin houses looked packed. Lots of Barn Swallows here too, and a Meadow Lark at the edge of the Koi Pond, along with the ever-present Canada Geeese, Blue Herons and Cattle Egrets. No frogs yet. I know the turtles are out and about, but they will not be on land on such a cold windy day. Another time for them. 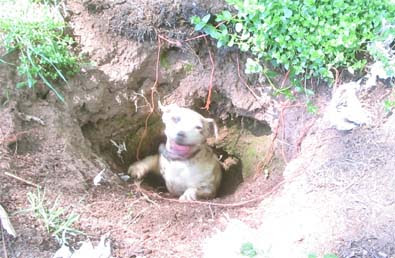 Shaking off while exiting.