Hancock on the Morality of Breeding 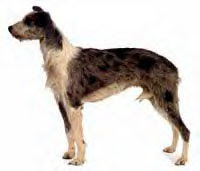 Writing in The Countryman's Weekly of July 14, 2000, Colonel David Hancock writes: "Dog breeders have a huge moral responsibility, magnified by the increasing loss of role for breeds which once worked. Function once decided design. Now the whim of man all too often distorts a design originally drawn up by knowledgeable people who worked their dogs.

"Pastoral breeds were never intended to possess coats, which would hamper them at work. Working Bloodhounds do not display the degree of wrinkle seen in the breed in the show rings of today. Working Bassets, or English Bassets as they have now become known, do not display the over-long backs and under-length legs found in their show ring counterparts.

"The pursuit of undesirable and harmful exaggerations in breeds of dog tells you more about the moral shortcomings of man than about the faults in individual dogs."