Order at the Border 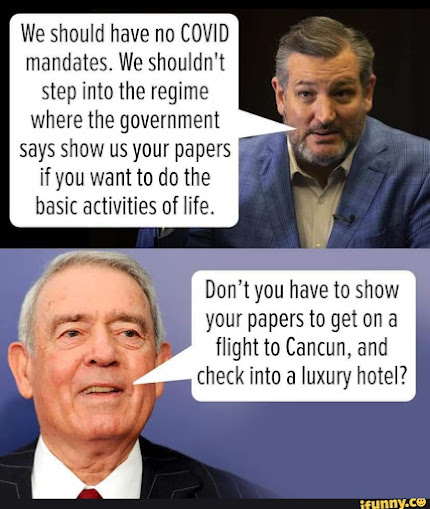 Back in 2017, travel writer Paul Theroux asked the question everyone who has traveled widely and lived overseas has asked:  what's the big deal opposition to having identity documentation and work authorization?

These people who are protesting being asked for identification by Arizona cops—have they been anywhere lately, like out of the country? Like Mexico, or Canada, or India, or Italy, or Tanzania, or Singapore, or Britain — places where people in uniforms have routinely demanded my papers? Chicago White Sox Manager Ozzie Guillen is offended (“as a Latin American”) by the Arizona law and recently claimed that all illegal immigrants are “workaholics.” Has he been back to the land of his birth lately, Venezuela, and expected not to be asked for his papers? Ozzie, tell the police in Ocumare del Tuy, “I’m a Latin American,” and see if that will end the interrogation. And spare a thought for the policeman two days ago who was gunned down in the desert by a workaholic drug dealer.

The request for papers is not just a line in Casablanca. I have been hearing the question my whole traveling life. I had an Alien Registration Card in Britain and got occasional visits from the police at my home, to make sure I was behaving myself. Seventeen years in Britain as an alien: papers. Six years in Africa: “Where are your papers, bwana?” Three years in Singapore: another alien identity card and immense red tape in that fussy, litigious bureaucracy.

As for the U.S., it is annoying, but understandable, especially in a country with 12 million illegal immigrants using the public services. “Who are you?” is a routine question: The necessity to identify yourself to authority is something that happens every day. You present a credit card at the supermarket and they want to see your license to make sure you’re not a grafter. All over the place, renting a car, at the bank: “I’ll need to see two forms of ID.”

In Toronto last year I had to show my passport to check into my hotel. You can’t check into any hotel in India or China or buy certain railway tickets there without showing your passport and having all your details recorded. So why should an Indian or a Chinese in the U.S. be surprised if he or she is stopped for speeding by a policeman in Flagstaff and asked for a proof of residence?

Read the whole thing.
To be clear, I am quite certain Paul Theroux is not defending the racist language and actions of the Trump Administration despite Theroux suffering from the congenital myopia of being born a white man of a certain age and class.
Neither am I. [Note: all of Theroux's books were banned in apartheid South Africa, but Mosquito Coast was made required school reading under the presidency of Nelson Mandela].
But somewhere between "let them all in" and "lock them all out" is common sense "order at the border" to maintain labor laws, fare wages and working conditions, national security, and yes even public health.
One can argue, I suppose, for American exceptionalism -- that just because officials in Mexico, Canada, India, Italy, Tanzania, Singapore, and Great Britain ask to see your papers, that that's no reason for the US to have similar laws.
But I would urge caution.
I distrust anyone who rejects basic elements of nearly every other legal or moral code ever invented in order to craft one uniquely their own.
Yes, try very hard to have a moral code of your own and live close to it, but perhaps the place to start is not with a blank piece of paper but with a revue of the 4,000 years of moral codes already written.
Which reminds me of a quip a friend of mine made as we left a homeless shelter after a particularly strange couple of hours trying to help those inside sort out their life problems:

"You can smell the original thinker in there."

There was a lot of truth packed into that line: original thinking is more often a sign of error and madness than it is of genius.
Something to think about.