The Bible’s Iron Age God Killed a Lot of Children 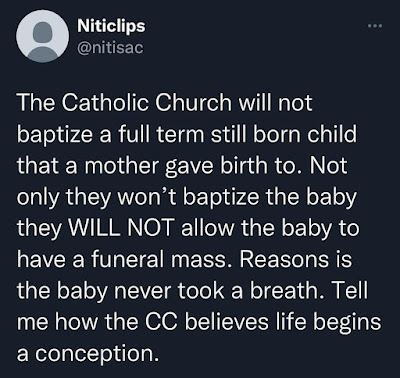 The first question for any religious claim about abortion and the sanctity of life should always be: Have you actually READ the Bible?
Probably not, or you'd be an atheist.
You see, a close reading of the Bible reveals God hates babies, children, and women.
How many pregnant mothers and babies were wiped out the Noah's flood?

And what about Exodus 12 where baby killing is commanded or caused by God? "On that same night I will pass through Egypt and strike down every firstborn of both people and animals, and I will bring judgment on all the gods of Egypt. I am the Lord."
In Exodus 4:22-23 we find more baby killing: "Then you must tell him that I, the Lord, say, 'Israel is my first born son. I told you to let my son go, so that he might worship me, but you refused. Now I am going to kill your first-born son.'"
In Numbers 31:17, God tells Moses: "Now therefore kill every male among the little ones, and kill every woman that hath known man by lying with him" (in other words: women that might be pregnant).
In 1 Samuel 15:1-8, the killing of mothers and babies continues: "Now listen to what the Lord Almighty says. He is going to punish the people of Amalek because their ancestors opposed the Israelites... With 210000 soldiers they killed all the men, women, children, babies, cattle, camels and donkeys."
In 2 Samuel 12:11-19, God kills more babies: "Thus saith the Lord, Behold, I will raise up evil against thee ... the child also that is born unto thee shall surely die. ... And it came to pass on the seventh day, that the child died. ... David said unto his servants, Is the child dead? And they said, He is dead."
I will not even mention God sending two bears to kill 42 children for making a bad bald-man joke.
If wholesale murder and infanticide is ordered and celebrated by God, then abortion is clearly nothing at all.

After all, according to the Bible, a fetus is not a person until it has drawn breath on its own, as Genesis makes clear.
In fact, the Bible not only does not condemn abortion, it provides instruction for abortion in Numbers 5:11-31, using wormwood (aka bitter water).
The Bible is not alone in recognizing human life as starting with first breath. So too does US law where there is no child support or tax dependency write-offs for pregnancy.
What about the Vatican?
What about it? The Vatican's maternal care is subsumed by Italy where abortion is legal for health, economic or social reasons. In fact, abortions are performed FREE of charge in Italy, in either public hospitals or in private structures authorized by the regional health authorities.  Free, government-subsidized abortion on demand.  Imagine!  Clearly the Italians are not letting pedophiles who wear dresses decide laws governing sex, health, abortion, gender, or family planning! Can you blame them?
The issues here are not complex, and are not about babies at all, but about human bodily autonomy.
To be clear US law grants complete unconditional body autonomy for both men AND women.
You cannot force me to donate blood, a kidney, a liver, or bone marrow even to save a life.
You cannot even seize those parts for transplant after I am dead, even to save a life.
Right wing fascists like to wrap themselves in myths surrounding our Founding Fathers -- you know, the dead white men of property who green-lighted slavery, embraced leeches as quality health care, and thought nothing of raping their servants.  Those guys.  What the right wing lunatics never mention, of course, is that abortion was so normalized that Benjamin Franklin produced a pamphlet on how to do it, while publications of the 18th and 19th Century routinely advertised all sorts of powders, herbs and products to help women "restore their menses" by terminating pregnancy.
Our Founders gave women so little thought and agency that the word "woman" appears nowhere in the Constitution.
Nowhere.
Allow women to vote? Ridiculous!
Our Founding Fathers (all men) did not believe abortion was the business of courts or lawmakers -- it was very clearly a matter that women could take care of themselves in their first two trimesters (6 months), and was not illegal to do so before "the quickening," i.e. when a fetus was kicking (and presumably viable outside the womb).
Bottom line:  Your belief in a Harry Potter magical book which you have not even read or understood does NOT negate ANYONE’s bodily autonomy.
Ever.
This is BASIC FREEDOM.
This is a basic freedom worth fighting for.
What!? Am I advocating violence?  I dunno. What is the Biblical solution to despots? What did our Founding Fathers do when their tea was taxed? What stopped Hitler? What did not stop Hitler?
What — exactly — IS worth fighting for? 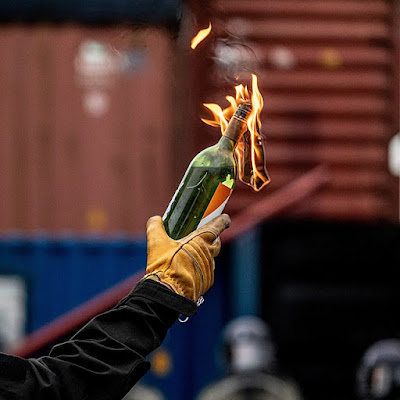 We are headed for some very dark days in this country before it gets better. There are whole swaths of us, women, people of color, immigrants that they don't believe deserve the most basic of human rights: bodily autonomy. I still can't believe that we cannot compel a person to donate blood or organs, but we can force a 14 year old girl who is impregnated by her father to give birth to her sibling. That happened WAY more than any of us want to admit, and still does*. Also, if a 14 year old applies to adopt a child, she will be told no.

*A beloved babysitter of mine shared with me (when I was older and we became friends) that she was molested by her father and forced to carry the baby. And then her mother claimed it was hers. In a Northern blue state less than 55 years ago. We are returning to those awful days.