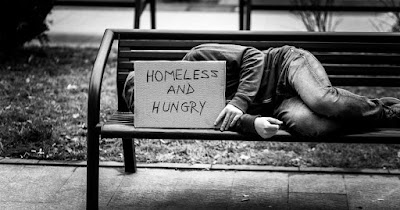 A "greed thread" is circulating (again) on the Internet.
This thread is propelled by Republicans anxious to change the topic from a fascist president fomenting insurrection, to a contrived grievance that in the future, someone, somewhere, might pay more estate taxes.
Really? This is the thing now?
This is the crisis of the moment?
Not 500,000 Covid deaths, not homelessness, racism, closed schools, hunger, collapsing small businesses, a failing post office, and armed insurrectionists killing people in the Capitol?
O.K.   Fine.
Let's talk estate taxes.
Let’s start with the fact that there is NO estate tax unless you are FABULOUSLY wealthy.

For the 2020 tax year, the exemption is $11.58 million for individuals and $23.16 million for couples, and UNLIKE the minimum wage, this unearned income tax break IS indexed to inflation.

What’s that mean?
It means rich folks will get a massive wealth transfer *TAX FREE* while poor folks will be paying 40 percent or more on every dollar earned through sweat.
Does that sound fair?

Does that sound like a “level playing field” for folks who were prevented from acquiring wealth due to hundreds of years of well-documented racial and gender discrimination by bankers and real estate companies?
Never thought about that did you?
But there is is.
Killing the estate tax was (and is) the very definition of protecting white male privilege and wealth accumulated from that historical hegemony.
America's tax laws are a very real part of the systemic racism that keeps Ameca broken.
It's not a passive player in America's growing inequality -- it's an extremely active participant.
For example, while self-described billionaire Donald Trump paid only $7,000 in federal income taxes over 10 years, maids, construction workers, and grocery store cashiers across this country pay jaw-dropping levels of taxes on their puny salaries.
So that's where we are.  That's current law.
So what's new?
Nothing.  Nothing is new.  Nothing new is even on the horizon,
There is some discussion (it is only that) about putting some sort of "cost basis" tax on capital gains when a really big house or property is inherited.
But “cost basis” capital gains taxes are NOT new and they are not on the immediate horizon.
If you have money in a 401-k and pull it out in retirement, you will have to pay capital gains taxes of 15 percent on your profits -- zero if you make less than $40,000 a year.
That's current law.
Also, if you buy a house for $500,000, put $150,000 into capital improvements (some of which may be maintenance in the form of new roof, boiler, landscaping), and you sell the house for $1.15 million, you will pay NO capital gains taxes on the profit provided you roll that "profit" into another house of equal or larger size, OR take your once-in-a-lifetime $500,000 exemption.
That's current law.
Which begs the question:  Why is capital gains taxes on over-$500,000 in profit on your personal investment house OK, but a similar capital gains tax (perhaps with a larger exemption) on inherited property (unearned income) not OK?
Bottom line: capital gains taxes are capital gain taxes, and all passive income should be taxed the same.
Capital gains taxes are already pretty damn generous.  Even when they are levied solely on the profits made (i.e. the capital gains), they are about 1/3 the rate of the tax levied on the sweat-and-pain income that comes from salary wages.
People who bitch about capital gain taxes are like folks who, given a fine sports car, whine that they now have to buy insurance and gas in order to use it.
Gimme a break!
Under current law, if you inherit a house that cost $150,000 in 1977, and is now worth $2 million, you pay NO capital gains taxes if you sell it right away.

Does that seem right?
Why is this capital gain exempted, but not your retirement 401-k?
Good question, but there it is.  Maybe it's because the truly rich don't have (or care about) the puny sums they have in a 401-k.

So is some discussion about adjusting this capital gains exemption so that the cost basis is not zeroed out at inheritance but, in fact stays with the property (at some level), completely nuts?
Nope.
But if you think so -- and you are free to do so -- THEN you have to suggest another way of paying America's bills.
You see, there is no free lunch.
Cut the military?  All for it!
Tax the super rich and any and every sort of "windall" from whistleblower to jury verdict awards?  Sure!
Tax Facebook, Apple, Pfizer, Glaxo, Amazon, and all the other companies that pay ZERO federal taxes thanks to their use of the Double Irish and Dutch Sandwich tax schemes?  Yes sir!
But if you're about to inherit a $10 million estate and are whining that you will have to pay taxes on the $7 million "cost basis" gain, let me remind you that taxes are part of patriotism.
Think of America as the world's greatest bar.
Guess what?
It comes with a cover charge.
Pay the over charge.
Or, as Jesus put it, pay your fucking taxes, help the poor, and know that amassing obscene levels of wealth is the path straight to hell, and not to heaven.