Lessons from the Silver Surfer 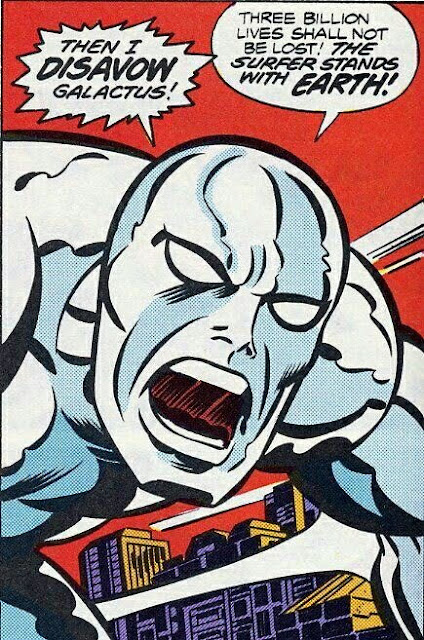 This comic is both shocking and illuminating.
For those who don’t know, this is the Silver Surfer, an emissary of Galactus, the destroyer of worlds, part of the Marvel universe of comic book characters.
Here, we see the Silver Surfer say he will not participate in the destruction of Earth and its 3 billion people.
But the world has 7.6 billion people.
What’s going on?
Simple: This comic is from 1966.
The world does not need to be destroyed by Galactus — human greed, sloth, ignorance, and fecundity will do that on its own.