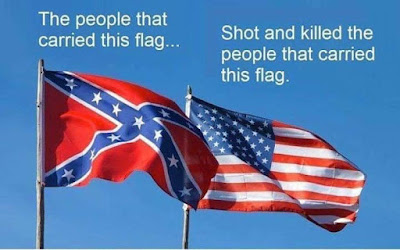 The dogs and I biked from Antietam, Maryland to Harper’s Ferry, and back, tracing the bloodiest 20 miles in American history.

Harper’s Ferry was where, in 1859, abolitionist John Brown attempted to raid a federal armory in order to seize weapons to start an armed slave insurrection.

If America’s Antifa movement has a father, other than George Washington, John Brown certainly has a claim.

And who captured and hung John Brown? None other than future traitor Robert E. Lee who was, at the time, a general in the United States Army.

Ironically, John Brown was hung for treason — the very charge which should have cost Robert E. Lee, and dozens of others, their necks just six years later. 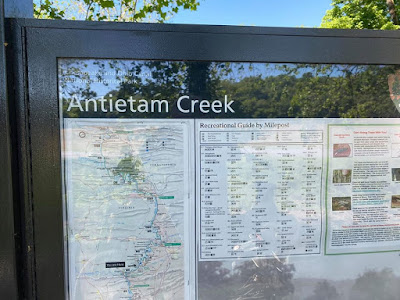 Antietam, of course, is the battlefield at Sharpsburg, Maryland named after the creek where 23,000 Americans died in September of 1862.

Antietam was the single bloodiest day in US history. 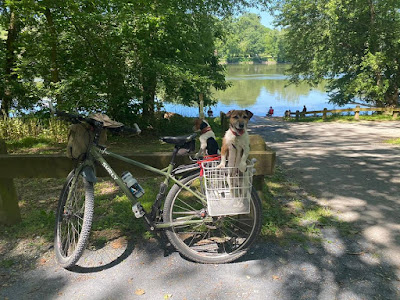 The South considered the river along which I biked, the boundary of two nations. I biked in the United States — the Maryland side.

When Lee crossed from the Confederacy in Virginia into the United States in Maryland, he had in mind capturing Washington, D.C. Instead, the Confederate Army was ultimately defeated and the white flag of surrender became the enduring legacy of America’s racist successionist losers.

As for the southern Antietam dead, many of the unclaimed bodies are buried in a cemetery up the street from my house, and groundhogs tunnel through their bones. 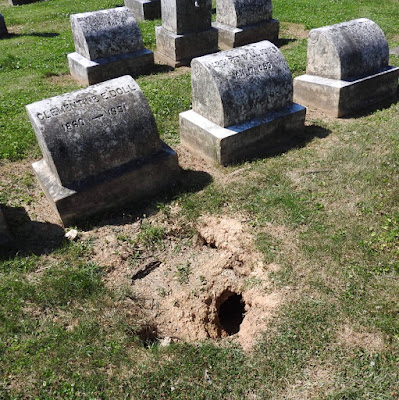