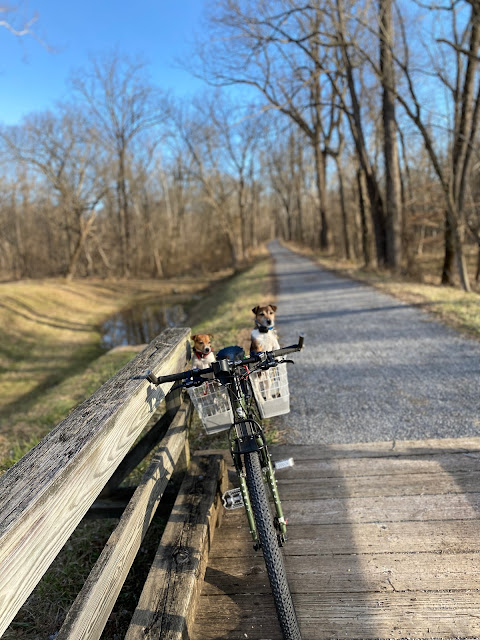 I went biking with the wee wolves today on the C&O Canal.

Last time I was on this stretch, the path had been washed out, and the short bridge here had been destroyed. Everything’s fixed now, and the 110-year old clay path has been replaced by rolled “stone dust”. Nice!

I started at Edwards Ferry. This is the spot where, during the US Civil War, Union troops launched hydrogen balloons to observe Confederate troop movements across the river near Leesburg.

The hydrogen was made from a box-like contraption that mixed sulphuric acid with iron filings to make the lighter-than-air gas. The balloons were made of silk, varnish, and cotton cord. If the whole thing sounds dangerous, I suspect you are right!

Edwards Ferry was also the site of two 1,400-foot long pontoon bridges used to carry the 75,000 man Union Army of the Potomac, commanded by General Joseph Hooker, from Maryland into Virginia and Pennsylvania just prior to the Battle of Gettysburg.

Lots of history here and lots of death. Antietam is not too far away.