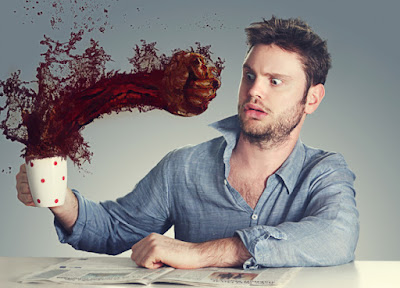 A Very Tough Water Bear
The world’s hardiest animal has evolved a radiation shield for its DNA.

New National Park in Maine
President Barack Obama has created what could be the last large national park site on the East Coast. Located in Maine, the new national monument, to be managed by the National Park Service, is 87,000 acres of land donated by Roxanne Quimby, the co-fouder of Burt's Bees. A deep and ever-lasting thanks goes out to the late Ms. Quimby, and her son, Lucas St. Clair, who has been a champion for the park's creation. Some gifts are good forever. Give the mountains; God isn't making any more of those.

New National Park Under the Sea
President Barack Obama has set aside a Connecticut-sized deep ocean area as a new national monument, the first in the Atlantic.

Do They Ever Need Glasses?
Pigeons can be taught to read?  No, not really.  Good for a headline though.  Imagine if there had been real news!

Irony and Hate
The sack of crap that is known as Donald Trump Jr. sent out a "Skittles" meme on Twitter to explain why the U.S. should not admit any Syrian refugees. Not said: that the meme originated with a Nazi propagandist who was hung at Nuremberg for war crimes, including spreading hate using exactly this same kind of trumped up story. Ironically, Dump the Younger posted this bit of hate to Twitter using an iPhone, which was created by the son of a Syrian immigrant -- Steve Jobs.

Drinking Far from the Maddening Crowd
You don't have to drink alone at these 10 bars at the end of the world.  They have Antarctica, Pitcairn, and Tristan Da Cunha, but somehow missed the great watering holes on Easter Island, and the drinking spots of Machu Pichu