Vultures Were the First Banded Birds 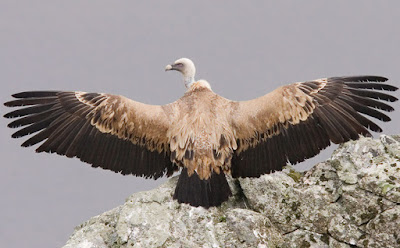 Over at Wonders and Marvels, Adrienne Mayor writes:

When the famous Roman commander Marius (157-86 BC) was leading campaigns against the barbarian Germanic tribes (the Cimbri, Teutones, Ambrones) in Europe, two vultures made a habit of hovering over his armies as they marched to victories.

One day, the troop’s blacksmith forged two bronze collars and the legionnaires managed to capture the pair of vultures with nets. The men placed the metal bands around their necks and released their new mascots. Ever after, whenever the soldiers spotted the birds and saw the collars flashing in the sun, their spirits were raised and they would cheer their soaring escorts. The vultures boosted he army’s morale, taken as an omen that the Romans would be victorious and their vulture pair would soon feed on the corpses of the enemy.

This anecdote describing the earliest documented bird banding was first reported by the zoological historian Alexander of Myndus and cited by Plutarch in his Life of Marius.


I am reminded that Vultures fare in a core story about the founding of Rome as well.

It seems Romulus and Remus, the two abandoned brothers nursed by a wolf, decided to build a city where others who were once homeless could come to live. The brothers argued over where to build the city. One night Romulus and Remus agreed to watch for an omen, a sign from the gods, to settle their argument. Romulus favored the Palatine Hill, while Remus favored the Aventine Hill. They agreed to select the site by divine augury, based on the flight of birds, and took up positions on their respective hills. Remus saw six vultures and Romulus saw twelve, but both continued to claim superiority, one on the basis of being first to see, and the other on the basis of seeing the most over all. In the end, the brothers fought over the meaning of the vultures in the sky, and in a rage, Romulus is said to have killed Remus. 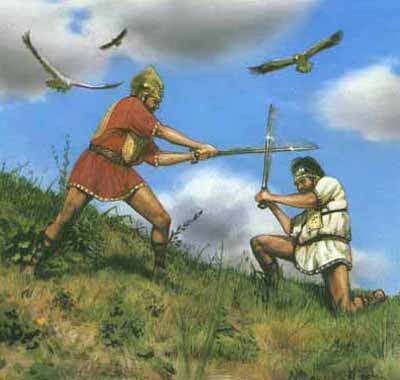