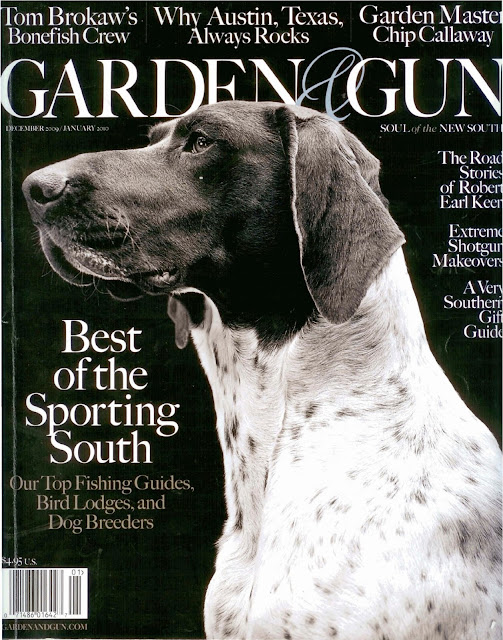 There are things to be proud of if you're from the South.

We can be proud of a dozen kinds of barbecue that are variously rubbed, soaked, basted, and slathered.

We know pig and we know chicken.

We can be proud that we have a long history of running coon hounds at night, and foxhounds during the day. 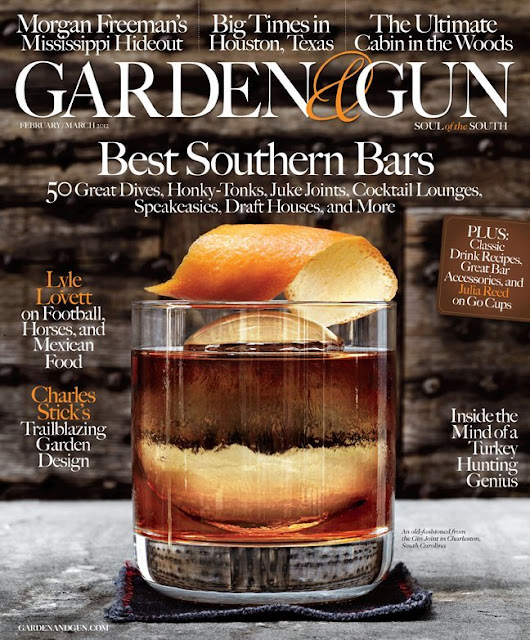 We can be proud of our wildlife: turkey, deer, duck, geese, and bear. We hunt and fish, and we make no apologies for it.

We know forest, field and fen.

We are proud of our music. We invented Jazz, Blues, Bluegrass, Rhythm and Blues, and Southern Rock.

We glory in fireflies and snapping turtles, bluegills and bucket-mouthed bass, cane poles and bank lines for catfish.

There are things to eat in the South:  corn bread and grits, biscuits and gravy, coleslaw and lemon meringue pie, watermelon pickles and fried green tomatoes.

There are things to drink in the South:  RC Cola and sweet tea, lemonade and Cheerwine. I am told we make pretty good liquor, taxed and untaxed.

And let us not ever forget that we are tough.  It took hard men to mine soft coal, to follow a plow, to bring in the hay, to run lumber through a mill, and to bring in the shrimp. It took smart men to give the world Coca-cola and CNN. 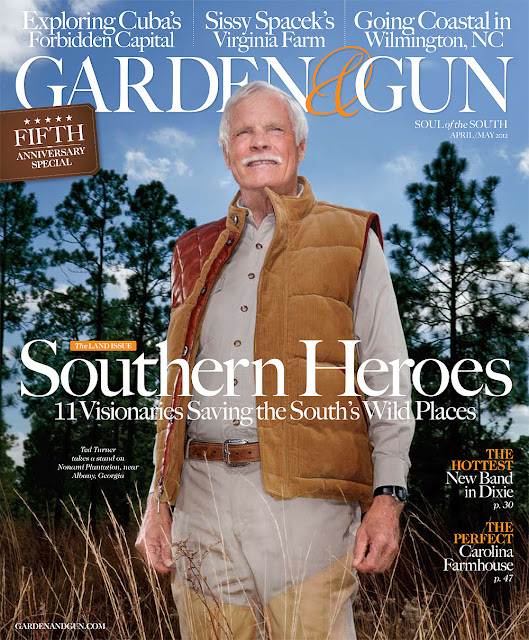 There's no shortage of things to be proud of if you are from the South.

But there's one thing to be ashamed of.

I don't need to say what that is, because there are still fools and pretenders who remind us of why we are ashamed every single day. 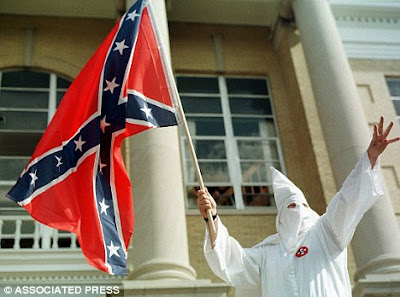 Some of these folks are true sister-fucking, knuckle-dragging racists.

Most, however, are just pretenders and wannabes.

These are the people who embrace the confederate flag as a right-wing political act.

These are the folks who follow the crowd, and who think aping "the cause" of the moment, as directed by Fox News, might suggest they have deep cultural roots and bonafides they actually don't have.

Most of these pretenders cannot even name their great, great grandfather and grandmother.

Here's the thing: the Confederate flag that you see being waved about today has no real historical roots at all.

At best, it is a corrupted and historically inaccurate bastardization of the Battle Flag of the Army of Northern Virginia, the area where I am from.

This fake "Confederate flag" was invented whole cloth in the 1950s when the Ku Klux Klan and racist segregationists wanted a symbol to wave during their televised hate campaigns.

As the folks over at Vox note, this Confederate flag has always symbolized white supremacy — and it has never symbolized anything else:

... [I]t's not a coincidence that white Southerners were embracing the Confederate battle flag just as the South's system of violently enforced white supremacy was under its first real threat since Reconstruction. President Truman had vowed to do more to promote civil rights, integrating the military and telling the NAACP that civil rights could not wait.


And so it started, and so it remains.

So if you think waiving a fake Confederate flag makes you a Southerner or shows your "pride in the South" and your "roots," I have only one thing to say to you: Fuck You.

Fuck you if you are so dumb, ignorant, lazy, and uncreative that the only way you can show Southern pride is to wave a Chinese-made flag.

Fuck you if, instead of showing true Southern hospitality, you work overtime to make others feel unwelcome and uncomfortable.

Fuck you if you do not want to celebrate the best of the South, but to remind people of the worst.

Fuck you, you fucking fucker.

The South is a great place, and those of us who love it will NOT be defined by four years of treason and failed insurrection ginned up by preening peacocks, hot heads, and terrified slave holders too lazy to actually work their own land more than 150 years ago.

I am sorry that you are such a loser that blaming others for your inadequacies is the only way you can wake up in the morning and not slit your own throat.

I am sorry you are so rootless that you have no positive cultural traditions to share with others.

I am truly sorry the only way you can show your "Southern pride" is to wave the most visible symbol of the South's historical and moral shame.

You are the worst the South has to offer.  And for that, you should be ashamed.  The nation already is.

Thank you for reminding us when it is entirely appropriate to use profanities.

Well said... If you are addressing the profane and/or foul, sometimes you have to speak their language. A sugar-coating only insures that they will not get the actual taste of your words.

Perfect: " the most visible symbol of the South's historical and moral shame."

I am a once and future southerner, and that stupid flag is an outrage. It even confounds me when some whites there cannot see the sin at the heart of what they express nostalgia for, such as antebellum plantations/houses.