The Story of Nipper, the RCA Dog 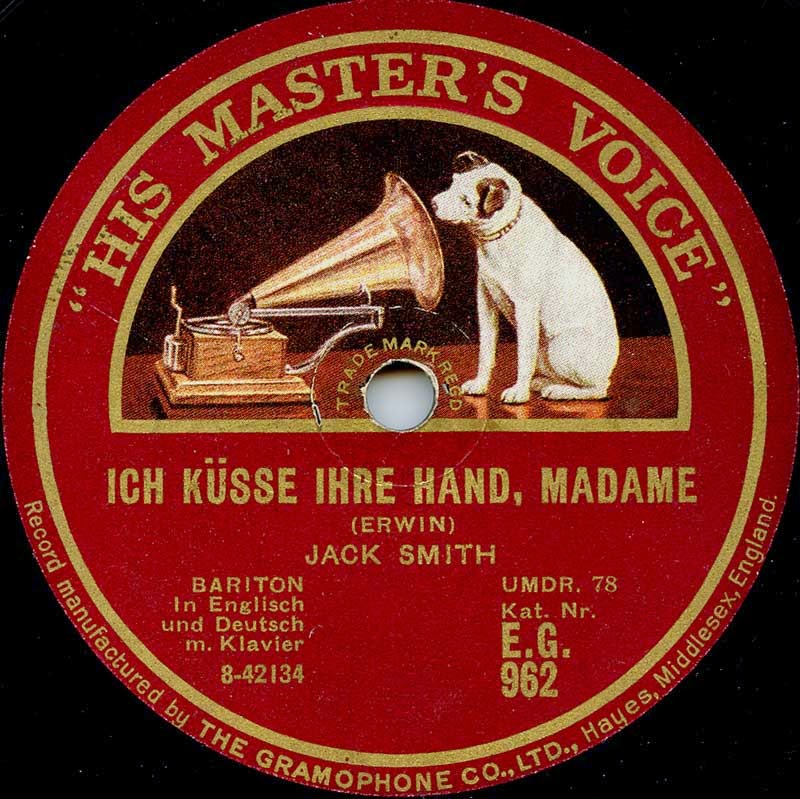 The story of Nipper began in 1884 when a small stray terrier was found on the streets of Bristol, England. Adopted by Mark Barraud and named "Nipper" for his habit of biting at people's ankles, he became a devoted pet and companion to the theatre and stage set designer.

Mark Barraud died in 1887 and his little dog went to live with his brother, Francis Barraud. Francis Barraud inherited a cylinder phonograph from brother Mark, and he noticed that when it was played Nipper cocked his head and seemed to listen to it -- as some dogs are wont to do with any strange sound.

In 1899, four years after Nipper's death, Barraud was casting about for a subject to paint and remembered the little dog listening to the cylinder player. He decided it would make a good subject for a painting, and used the photograph, at right, as inspiration.

Barraud hoped to sell his painting of Nipper as a magazine illustration, but could find no buyers. He then decided it might find a market as an advertising vehicle.

Barraud first went to the Edison Bell Company, the maker of the cylinder player, but they turned him down. He then painted over the Edison cylinder machine and put in its place a Gramophone machine which played a disk record and had a brass, rather than black, horn. William Barry Owen of the Gramaphone Company offered to buy the picture, and "His Master's Voice" was born.

The Gramophone company was owned by Berliner, which patented Barraud's image of Nipper (patent papers pictured at right). Berliner was sued by the Victor Talking Machine Company shortly thereafter and, as a consequence of the lawsuit, Berliner was forced out of business in the U.S. and Victor acquired the painting of Nipper as part of its settlement. In the late 1920s, Victor was purchased by the Radio Corporation of America (RCA), and they adopted the Nipper painting as their own trademark.

Somewhere along the line "the coffin story" was added to spice up the true story of how this painting came into being. The coffin story in entirely fiction, but a good tale nonetheless. According to the story, the dog was painted sitting on the coffin of Barraud's brother as the dog was listening to his deceased "master's voice" on the phonograph. A great tale, but pure marketing malarkey.

In 1949 the Gramophone Company decided to honour Nipper and erected a plaque above his grave under a mulberry tree in Eden Street, Kingston-on-Thames, England.

Francis Barraud died in 1924 at the age of sixty-eight, having made a good living painting copies of his now-famous painting. At least 24 "Barraud originals" still exist.