Kurt Vonnegut on the Nature of Population 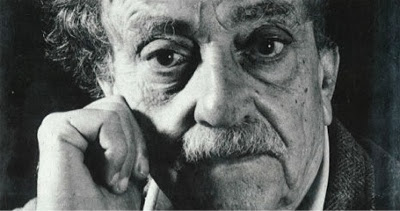 In 1988, a Volkswagen ad campaign asked famous writers and thinkers to write a letter to those 100 years into the future. This is a redacted version of Kurt Vonnegut's submission:

Ladies & Gentlemen of A.D. 2088:
...The best advice from my own era for you or for just about anybody anytime, I guess, is a prayer first used by alcoholics who hoped to never take a drink again: 'God grant me the serenity to accept the things I cannot change, courage to change the things I can, and wisdom to know the difference.'

Our century hasn't been as free with words of wisdom as some others, I think, because we were the first to get reliable information about the human situation: how many of us there were, how much food we could raise or gather, how fast we were reproducing, what made us sick, what made us die, how much damage we were doing to the air and water and topsoil on which most life forms depended, how violent and heartless nature can be, and on and on. Who could wax wise with so much bad news pouring in?

For me, the most paralyzing news was that Nature was no conservationist. It needed no help from us in taking the planet apart and putting it back together some different way, not necessarily improving it from the viewpoint of living things. It set fire to forests with lightning bolts. It paved vast tracts of arable land with lava, which could no more support life than big-city parking lots. It had in the past sent glaciers down from the North Pole to grind up major portions of Asia, Europe, and North America. Nor was there any reason to think that it wouldn't do that again someday. At this very moment it is turning African farms to deserts, and can be expected to heave up tidal waves or shower down white-hot boulders from outer space at any time. It has not only exterminated exquisitely evolved species in a twinkling, but drained oceans and drowned continents as well. If people think Nature is their friend, then they sure don't need an enemy.

Yes, and as you people a hundred years from now must know full well, and as your grandchildren will know even better: Nature is ruthless when it comes to matching the quantity of life in any given place at any given time to the quantity of nourishment available. So what have you and Nature done about overpopulation? Back here in 1988, we were seeing ourselves as a new sort of glacier, warm-blooded and clever, unstoppable, about to gobble up everything and then make love—and then double in size again.

On second thought, I am not sure I could bear to hear what you and Nature may have done about too many people for too small a food supply....

....The sort of leaders we need now are not those who promise ultimate victory over Nature through perseverance in living as we do right now, but those with the courage and intelligence to present to the world what appears to be Nature's stern but reasonable surrender terms:


For the record, while Vonnegut wrote this missive for Volkswagen, he had actually been a Saab dealer on Cape Cod some 25 years earlier.  The stone building where Vonnegut ran his Saab dealership is still standing on Route 6A in West Barnstable.