When this is said, there is always a lot of smiling and nodding by the client, but there’s no real comprehension and probably not too much acceptance either.

Even the dog trainer doubts it can really be done.

You see, people are people, and they are difficult to change. When a dog or a dog trainer shows up in a person’s life, that person already has a schedule and it probably does not include 30 minutes, twice a day, of walking the dog.

Is a dog trainer going to be able to win that kind of time and exercise commitment from his or her new client?

When a dog trainer shows up at the door of a new client, honesty may be the best policy, but telling a client “you’re fat and lazy and so is the dog, and both of you need to walk two miles a day” may not be the best way to build up a referral dog training business!

They are looking for a magic wand.

We live in an age of miracle diets, miracle bras, and five minute workouts to lift and tone the body.

We have instant answers from Google, satellite mapping systems in our cars, and one-minute rice on the stove.

Surely there’s a 10-minute cure for any and every canine problem?

Come on now: What would Hermione do?

Of course in the world of Harry Potter, it was not Hermione that had a way with creatures, it was the game keeper Hagrid, who was never seen to wave a magic wand.

Instead, Hagrid’s magic was of a more down-to-earth kind. He knew that the secret to training animals, from dogs to dragons, was exercise, consistency, earned affection, and simple corrections and rewards. 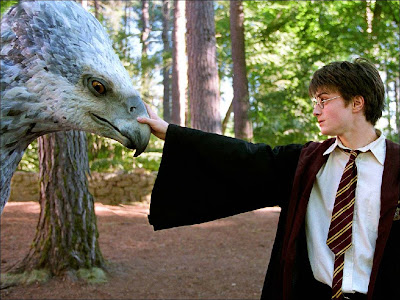 The House as Prison Planet
And what do we Muggles offer up to our canine charges instead?
Tell the truth now. What really happens when we come home from work?
Too often we are both exhausted and distracted. We plop down in front of an electronic screen of some sort – a television set, a computer, or a cell phone. It’s been a mad day, and we just want to unwind between telephone calls and emails that demand a reply.
What about the dog?
He’s fine we tell ourselves.
After all, we buy it the best dog food, we spend a tidy sum on veterinary care, and the dog has a basket full of chew toys. We even put in a flap door so the dog can exit to the yard whenever it wants – no need to even ask.
But, of course, if the dog could talk, it might tell a different story!
Imagine, for a moment, that you and your dog have exchanged roles.
Instead of a dog living in your house, you are a small child that has come to live in a cave inhabited by four or five dogs. You are an only child, and the cave is attached to a small yard. You were brought to live in this cave when you were only two years old, and ever since that time you have only been able to communicate with other humans on those brief occasions when you have been allowed out on a short leash.
Now here’s a question: Would you be happy? Would you be fit? Would you know the language of humans? Would your mind be fully developed? What kind of adult would you be if you were raised in these same conditions?
Do you see the parallel? The wonder is not that some dogs are discipline problems, but that almost all of them are not as crazy as bed bugs!
When dogs deprived of exercise, socialization and instruction act out and are brought to a trainer for remedial work, their owners are almost never looking to be part of a drawn-out process that will cost a lot of money and extend over many weeks or months. Instead, the average owner is looking for an event; a quick incantation or party trick that can be repeated in two or three sessions, after which order and calm will be restored.
The Magic Starts With You
But are there really such tricks in the world of dog training?
Yes and no.
Yes, there are specific solutions for narrow and specific problems.
That said, the most important part of dog training has never been a secret any more than eating less and exercising more has been “the secret” to losing weight.
The most important part of dog training is active, consistent and focused participation by the owner in the education of his or her own dog.
The magic does not start when you hire a trainer. The magic starts:
This is not to say that there aren’t tools, and that many of them aren’t great. 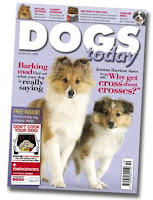 Every dog catalog and magazine is packed with ads offering up various types of collars, halters, and leashes. Every bookstore is packed with dog training guides promoting clickers, hand signals, food rewards, ball rewards, scent-training, and every kind of freshly-potted canine philosophy.

But no device or method matters if the owner does not have the self-discipline to show up everyday to actively work with his or her own dog.

This is Hagrid’s secret, and it’s not one you can buy in the magic shops in Diagon Alley.

Great post. Really the whole secret to dog training is TIME. I am convinced that if someone spends enough time with his dog, even if he has not read books or absorbed any theory, the dog will "get" trained. Unless the person is totally disordered himself, of course. It is the same "secret" to raising kids. Time and attention.

Most homeless people with dogs do not read much and certainly they are not getting magazines or reading blogs or buying devices from pet stores, and yet they almost always have well-centered and well-behaved dogs because they have given their dogs their time and a life of experience in the real world outside of living rooms and yards. Even if the dog does not know how to run weave poles (and really, what dog needs to know that?), they know how to greet strangers, to come when called, and not to freak out when the unknown and unusual presents itself. Time with owner and experience in the world covers a lot of ground.

Funny and Oh So true! I have often used the gym membership analogy with my training clients. Getting people to change some pretty deep seated patterns and personality traits is almost impossible. Witness the poor personal trainer! I think the lack of acknowledgement of this makes for plenty of trainer burnout. I know I always feel awful cashing client checks when I know their chances of success are often limited.
The client really has to be able to experience a shift in perspective and discussing this with them is often more valuable than countless hours discussing technique.
I try to present training in the context of "raising" your children as opposed to teaching them skill sets (algebra, etc). A child (or dog) who's everyday raising is balanced, steady and consistant will be a more of a pleasure to be with than a genuis at Latin who has not been well raised. It's a 24 hour a day "way of being" with their dogs. Vocabulary building is really secondary.
Enjoyed the validation! I'm not alone in my frustration.

It should be mentioned that Hagrid also understood one key idea. That a Griffon was a Griffon, a Dragon a Dragon, and each should be trained accordingly.

Dog trainers would be wise to remember that at the end of the day a dog is a dog, and not, for example, a dolphin or a chicken.

This is true -- a dog is a dog. It is a unique thing, and perhaps this should be talked about a little more.

You see, while a dog is not a chicken or a dolphin (more on that in a second), chickens, dogs, and dolphins and most other animals (including humans) can be taught quickly and easily by operant conditioning.

On this point there is no debate.

Now, of course, not all rewards are the same. Animals eat different things, some animals do better with toys or activity rather than food, some do better with light, sound or hand signals, etc. But operant conditioning works for all.

But operant conditioning teaches tricks. It teaches a response to a call. It does not teach the animal (chicken, dog, dolphin, human) his place in the world. It does not provide the animal with mental health.

Having said that all animals can be taught tricks through operant conditioning, it should also be said that all animals have different natures. For example, it is a good thing to remember that one animal is called a KILLER Whale. Forget that, and see if it does not kill someone. Chickens too have a dark killer side, as I have noted. A Chicken McNugget tastes very much like Tyranosaurus Rex!

What about dogs? Dogs are dogs. And to put a point on it, they are not wolves. Does that mean that they are not so very closely related to wolves, that they do not share a lot of similar behaviors? No, of course not. Very similar, but different too. A bit like a pencil and crayon.

For links on pieces where I have written a bit more on this see:

** They Invented Animal Training >> http://terriermandotcom.blogspot.com/2010/05/they-invented-animal-training.html (a special thanks to Bob Bailey who read this piece before publishing!)

** A Dog is Neither Shovel Nor Child >> http://terriermandotcom.blogspot.com/2010/12/dog-is-neither-shovel-nor-child.html

Your Dogs are a Mess (and your kids are no prize) >> http://terriermandotcom.blogspot.com/2010/02/your-dogs-are-mess-and-your-kids-are-no.html

Killer Whales and the Limits of "Click and Treat" >> http://terriermandotcom.blogspot.com/2010/02/killer-whales-and-limits-of-click-and.html

Catching a Mexican Wolf With a Y Pole >> http://terriermandotcom.blogspot.com/2010/03/catching-mexican-wolf-with-y-pole.html

But Hagrid does do some wand waving in the first book - to give Dudley a pig's tail when he's squealing about Harry's birthday cake.

He does indeed, but it does not work. Hagrid is not much of a magician (he flunked or was tossed out out of school) and his wand broke and was not properly repaired. And yet he is professor of beasts at Hogwarts even without wand work! And why do people with wands need to be taught anything at all about animals? And the answer, of course, is that wands do not work very well with animals. If they did, Professor Lupin and Sirius Black might not have a basket case lives.

When our dog was about three yo he started gettin upset and barking wildly at other dogs we passed when he was on leash. I asked a trainer about getting help with this and she said it was too late. Reading this post I realize that she probably meant too late for my husband and I, not for the dog. We researched and have made some changes and he is much better but it still happens occassionally 3 yr later. It would have been nice to have some guidance. We live in a semi rural area without a lot of trainers, but I probably shouldnt have given up on getting help so easily either.