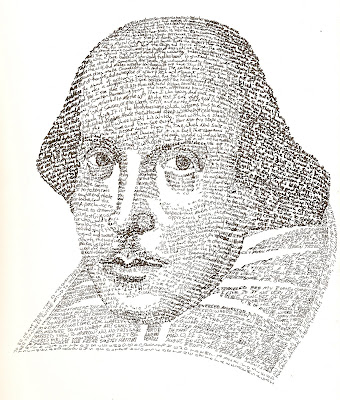 My father said a man could almost pass for educated provided he knew the Bible and had read all of William Shakespeare.

Needless to say, I promptly read the Bible and all of William Shakespeare!

So what do the Bible and Shakespeare have in common?

Among other things, a general contempt and dislike of dogs!

Perhaps this is not too surprising, as dogs carried rabies in ancient times, and were most commonly seen as semi-feral beasts scouring the edges of cities, dumps and waste lands.

Shakespeare mentions dogs 151 times in his plays and sonnets, but only one lap dog appears as a character -- Crab in The Two Gentlemen of Verona.

So what is Shakespeare saying about dogs the rest of the time?

Mostly he is comparing dogs to people (with both suffering as a result).

We do find Shakespeare giving the nod to the beginnings of dog classification, however. In Macbeth he writes:

Ay, in the catalogue ye go for men;
As hounds, and greyhounds, mongrels, spaniels, curs,
Shoughs, water-rugs, and demi-wolves, are 'clept
All by the name of dogs: the valued file
Distinguishes the swift, the slow, the subtle,
The housekeeper, the hunter, every one
According to the gift which bounteous nature
Hath in him closed.