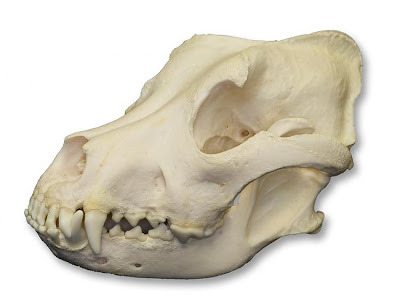 You can see the tiny mental wheels working .... rationalizing. And, then, as predictable as a squaking parrot, the excuse for abuse kicks in, most of it framed on the same same stage as that used by Holocaust deniers and minimizers.

Those are the head-in-the-sand arguments made in defense of doing nothing, saying nothing, and ignoring the over-breeding of Pit Bulls in this country.

It's no big deal, nothing can be done, we had no idea, and besides if anyone is to blame it's those people who framed the Treaty of Versailles."

Of course there is another argument.

"Every country is independent, and we do not interfere in the internal affairs of other countries. We can try to persuade the Germans not to do bad things to the Jews, but really, it's their people, and we would not want to violate any country's sovereignty. That would violate our principles."

Wouldn't want to violate any "principles." There is no principle against killing a million Pit Bulls a year. No one to blame for that! All perfectly legal. Nothing can be done. Why even talk about it?

Besides, who cares? They're just dogs. Pig-chasing dogs.

i agree with you, except that it isn't the pit bull lovers who are killing all the dogs - nor do all of them "need" to be killed. that's all on ass-backwards shelter management and BS "humane" policy.

While I can agree that there are strong similarities between the excuses for the killing of so many dogs & the murder of so many people, I feel I should object to the comparison. It seems to cheapen the loss of human life (approx. 13 million people of various backgrounds were killed in the Holocaust). Because this is a very personal thing for me, I just believe that I need to speak up on the issue. Yes, both situations are tragic, but as much as I love animals, dogs do not equal people (IMO). I reiterate, though, that the similar excuses are valid, & are chilling when put in context.

I agree with you whole heartedly on this. In my area, there are so many litters of pits for sale in every newspaper, on craigslist, and other internet sites, that it is mind blowing. I just don't understand how some people can be so ignorant as to be pumping out more of these dogs when we have such strict bsl in my county. It's heartbreaking to know that a lot of those dogs are going to end up gassed at the local animal control, when they didn't do anything to deserve it.

I generally enjoy your blog, but I find the comparison of euthanized dogs with the horrific fate of the Jewish people in the Holocaust highly offensive.

I am all for responsible pet ownership, including for pitbulls. But a comparison like the one you make can only serve to minimize the Holocaust. You would do well to formulate a more appropriate analogy.

I find it odd that people cannot read. Always have. Always will.

What it compares are ARGUMENTS used to minimize and rationalize systematic murder / death / euthanasia.

In fact, it is because the arguments are so similar to arguments made every day that it creeps people out. It is disconcerting to be reminded that ALL of these arguments about the Holocaust are made ALL the time (some of them may even be in your High School history books), and that some of the readers of this blog have used the same arguments to minimize the daily killing of thousands of Pit Bulls a day in this country.

And let's not act like horrors against humans are still not going on, eh? The world did nothing to stop the killings in Rwanda ("what killings?" some of the non-readers will ask), and it did nothing to find and bring to justice Pol Pot (who is he?) for the killing fields of Cambodia.

And, of course, the Pit Bull community is not doing much to end the breeding of Pit Bulls to be bought by fools in haste and abandoned to their death in leisure, is it? They are "just dogs" of course, not people.

That said, it might be interesting to put these "just dogs" into perspective and scale. Here's a number: 400 million pounds of dead Pit Bulls this decade (800,000 Pits a year, times ten years, times 50 pounds).

400 MILLON POUNDS of dead Pit Bull this decade. That's a lot of dead animals tossed into cremation ovens and landfills.

If Jonathan Swift were alive today, he might suggest we start a business of exporting the carcasses to countries where they still eat dog flesh. Or maybe we could tan the hides and turn them into wallets and coat trim? They already do that in the rest of the world. That would at least make use of the death.

And why not? They're just dogs.

Have you ever noticed that neither PETA nor Pit Bull lovers ever protest outside a kill shelter? You know why? Because at the first picket, the shelter workers will come out, with the dogs on a leash, and say "How many can I sign you up for?"

Can most shelters do a lot more to to adopt out pets? Yes! I have said so on this blog and given a long and very positive review of Nathan Winograd's book. But Pit Bulls? There is a finite market for a large dog of unknown origin famous for dog aggression issues. If the supply was not unending, with well over MILLION dogs a year being abandoned to death, there might be hope. But so long as the dogs are bred at the rates they are, there is none. Every other breed has seen a marked decline in shelter euthanasias. Pit Bulls have not, because they continue to be bred without limit, and too few in the Pit Bull community are willing to step up and loudly say ENOUGH!

If one line about the need to spay-neuter Pit Bulls was written for every two lines written about BSL, HSUS, or PETA in the Pit Bull community, we would not have had 400 MILLION POUNDS of dead Pit Bulls this decade.

The Pit Bull problem is the Pit Bull communty's to clean up and they have not done so. Instead, the continue to deflect blame. And, of course, the dogs contine to die in ever-increasing numbers, as they have now for 30 years.