Mis-Read Title: Thought It Was "Origin of Feces" 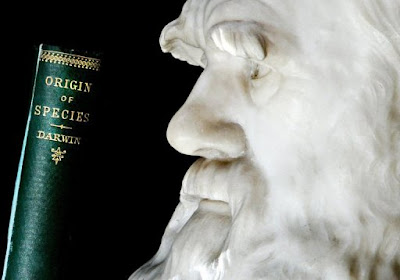 A first edition of Charles Darwin's classic text, "On the Origin of Species," was recently found in a bathroom in a guest house near Oxford, England, where it had been sitting for decades, unnoticed.

Email ThisBlogThis!Share to TwitterShare to FacebookShare to Pinterest
Labels: Darwin